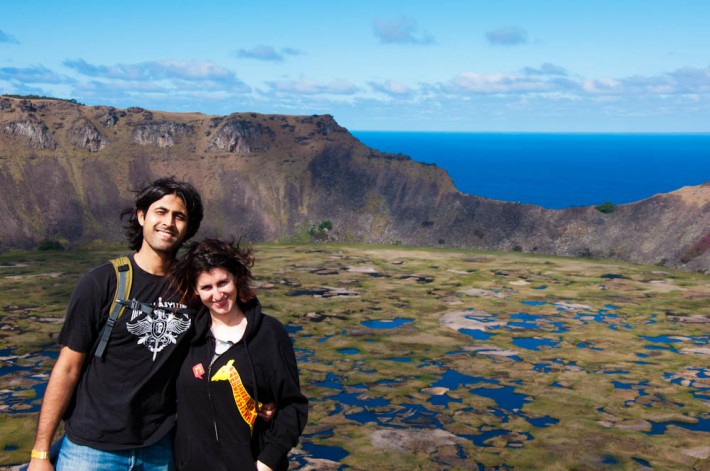 the island as a case-study for the world!

It is believed that, when the Rapa Nui originally came to the island about 700 years ago, it was a place covered in greenery and trees. If the land was fertile and the sea was all around, one can imagine that there would be no shortage of food supplies. But it wasn’t quite so.

The initial abundance of resources was beneficial for the quick development of the Rapa Nui civilization. But as the population increased it became noticeable that the regeneration of resources wasn’t accompanying the rhythm of this society’s growth – a volcanic island didn’t have such fertile soils after all. This eventually lead to deforestation and the locals found themselves without the materials they had to rely on to build canoes to go fishing and gather food. 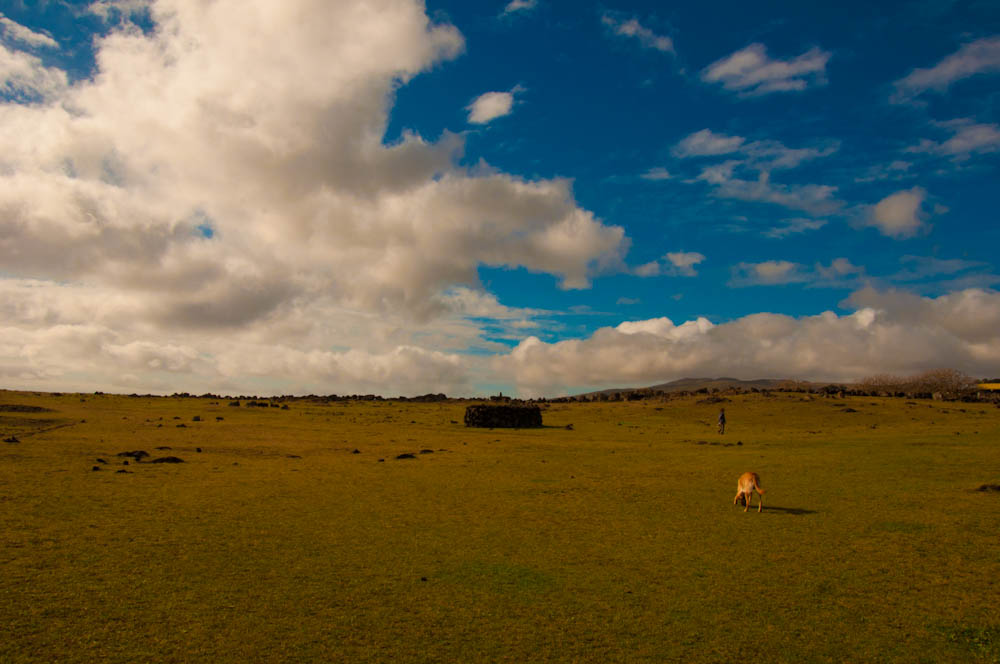 Typical landscape of Easter Island: grass is not very abundant

A civilization that is believed to have been great once upon a time hit a low that translated into lack of goods, starvation, violence and, some studies suggest, cannibalism.

It was also around this turmoil times that different tribes fought, bringing down the standing Moais to offend the family members of the represented defunct – it is believed that some statues were brought down as an attack, while others were made horizontal on purpose to protect them from breaking in case enemies were to bring them down. An earthquake and tsunami that happened in more recent decades added to the negativity of this situation, until only 1 Moai statue was found standing – ever since it has been mainly due to archeologists’ work that the ahus are again populated with standing Moais, although some of them were not placed properly according to the tradition. 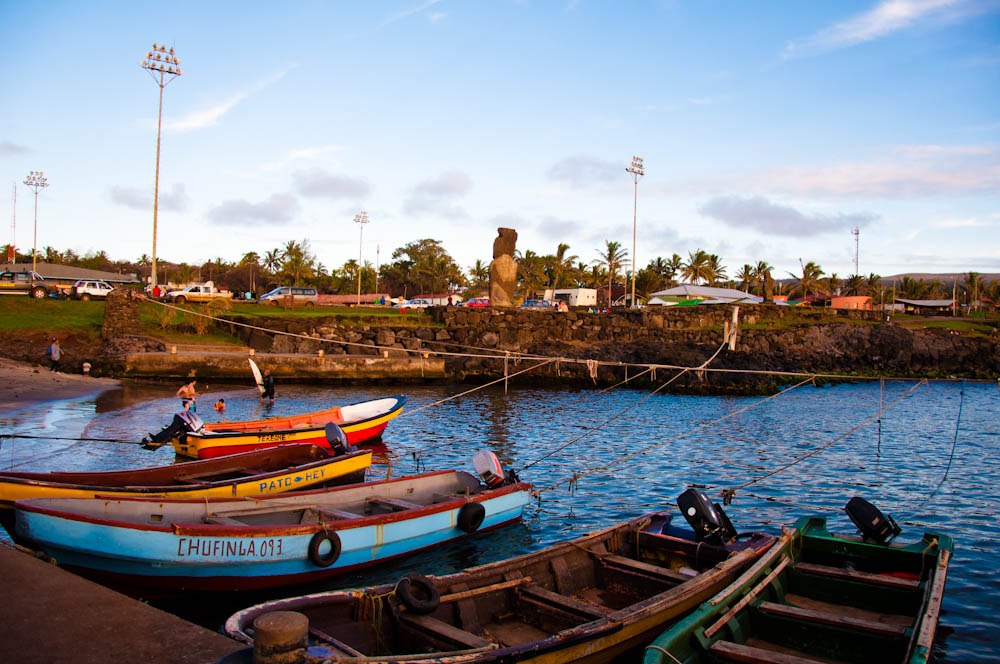 Fishing boats by one of Rapa Nui's ports

During the last century, only around 100 Rapa Nui people existed, while they were believed to have reached 11,000 in their more prosperous time. Adding to the stress caused in nature and, consequently, on their own lives, the islanders were taken as slaves for countries like Peru and Bolivia – some left the country to never come back and those who ended up making it back, carried diseases (mainly smallpox) that the Rapa Nui who never left the island had no natural immunization for.

The abuse of the land is a very clear example of the stress that human activity causes on the environment and how this directly affects humans – it’s easy to compare this situation with many actions taking place around the world today and that are and will continue to affect mankind and all other species on Earth. 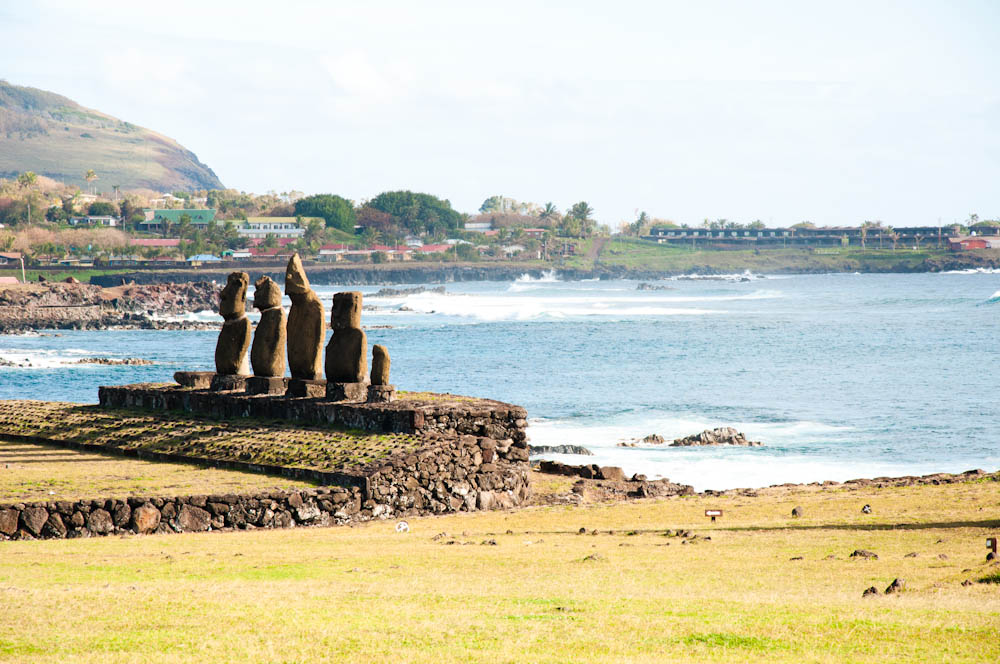 A blend of Rapa Nui & International

Now-a-days tourism is the main source of income for islanders. Many other Chileans and people from abroad have been attracted to this place by the beautiful surroundings, relatively relaxed life-style and tax-free economy, settling here to look for jobs or start a business, more times than not, catering to tourism.

While the current population of Easter Island is around 5000 people, this small place receives about 50,000 tourists per year, which will continue to affect the local environment and way of living.

While Rapa Nui are generally happy to welcome tourists and researchers interested in the archeological treasures of the island, many also think that the  current influx of people from abroad is over the top and should be controlled. One of the most remote inhabited islands in the world is now easily receiving 4 or 5 flights full of tourists a day, over-crowding this fragile Eco-system, particularly causing a stress on it when it comes to the use of water or disposal of waste. 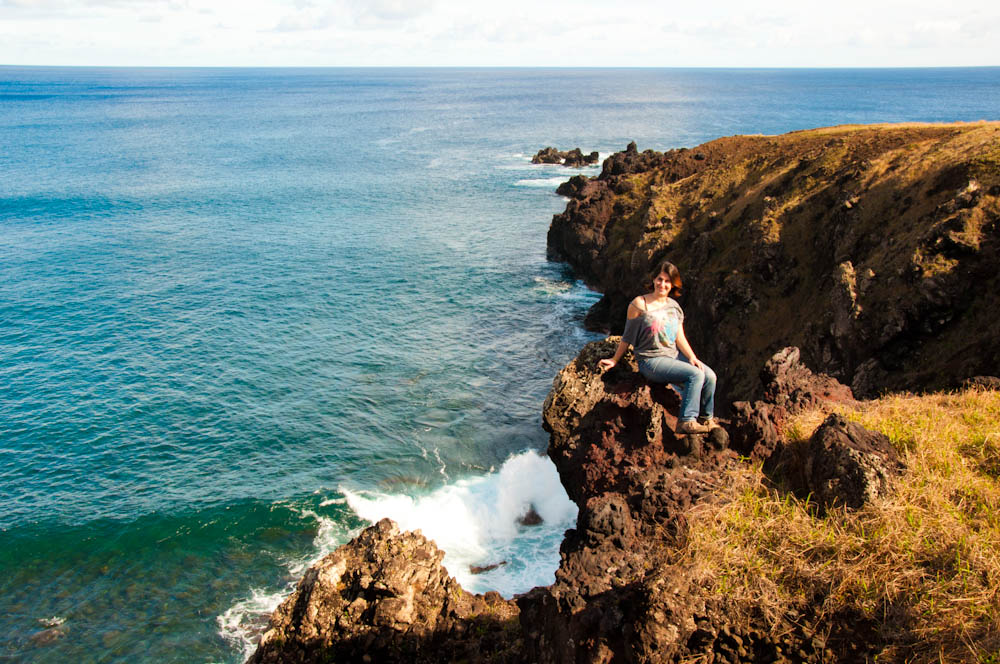 A cliff by Orongo

The Rapa Nui have been historically abused – first by the slave-raiders from Peru and Bolivia and in most recent history by the Chilean government. It is easy to feel resentment in some locals that have seen Chileans take over what once was their land, their own piece of paradise. But things are changing and there is no turning back: Chileans are migrating to the island, taking jobs, starting their own companies (as are other non Latin American citizens, mostly married to locals); while the young Rapa Nui go to the mainland to study and, sometimes, work. People are mixing up and, this way, the Rapa Nui race is getting blended with other Latins, Europeans… Older islanders fear that their culture is getting lost: for example now most of the local schools teach in Spanish to cater to the new kids in the block, while Rapa Nui is mostly spoken at home.

In parallel, the Moai statues that have been quietly observing the island for centuries, are naturally getting eroded by the wind and water. It is understood that, while some statues are protected in museums (and not rightfully so as explorers in the past would come to the island and take home to their side of the world whatever they fancied) most will remain in their original places, outdoors.

Nature will eventually make the statues old, as the man and women that they once depicted, but it is extremely important that tourists do not add to this natural erosion. Some people have been known to extract chunks of stone out of the Moais: maybe it is inviting for some delusional irresponsible curious as the Moais are out there in nature, without much protection indeed, but would they go to the Louvre and cut off a piece of the Mona Lisa and take it home? I don’t think they would… 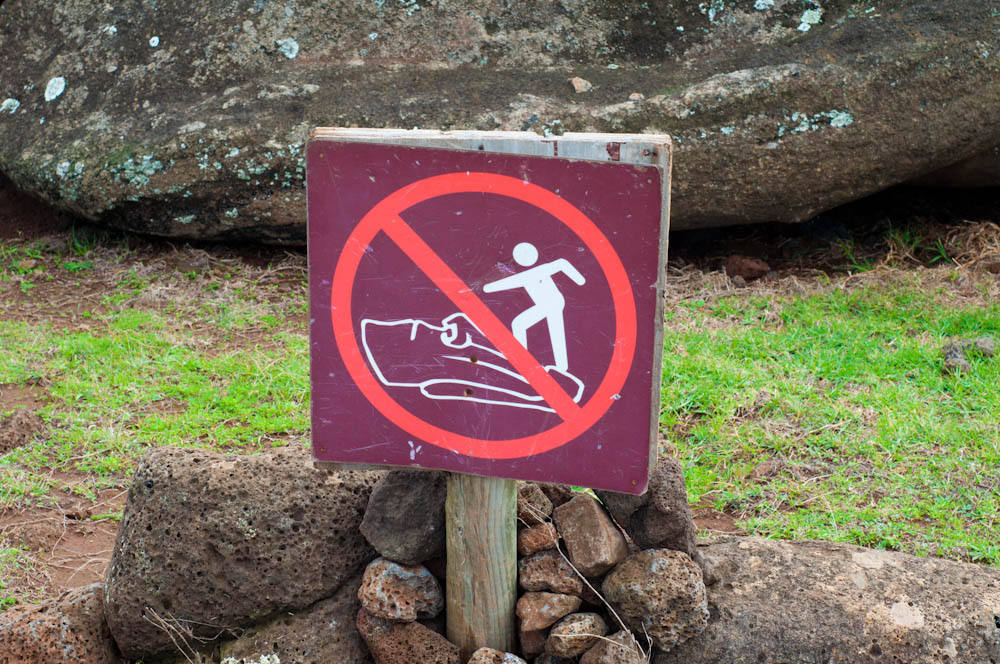 Do not step on the Moai!

No doubt that East Island is an amazing place to visit.

I felt privileged to spend a week exploring not only the Moai archeological sites but also all the beautiful landscapes that make one of the most remote inhabited places o Earth, one of the most special places I have ever been to!