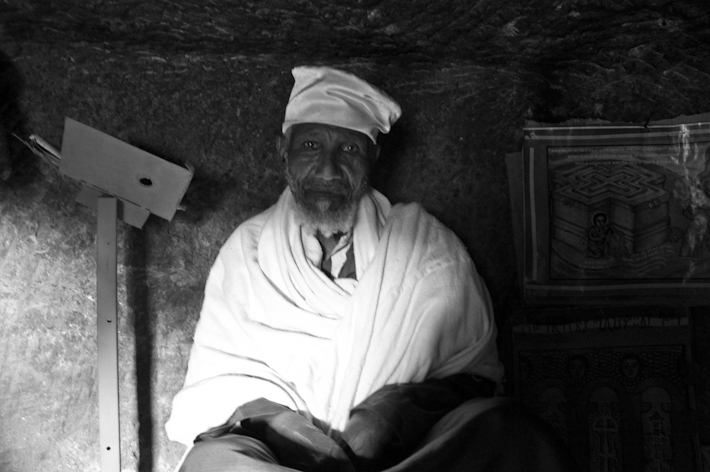 He lives in a cave in Lalibela, Ethiopia

Lalibela is an amazing place! Famous for its monolithic churches made in the 12th-13th century. We were excited to run around in these massive rock structures popularly known as the Petra of Africa. The churches are really impressive but what was more impressive was this monk who was watching the tourists go by.

He invited us up to his cave inside the rock, to get to which, required the use of a precarious ladder. Adventurous as always, we climbed into his home and came upon the strangest ‘crib’ that we’ve ever been in! The man lived amidst framed pictures of orthodox christianity and slept on something that resembled a mangled sheep skin. But he had a mobile phone!

Old and bedraggled, he talked about how much he loved the lord in Amharic. We didn’t understand a word but his reverent eyes as he looked at his pictures gave it all away!