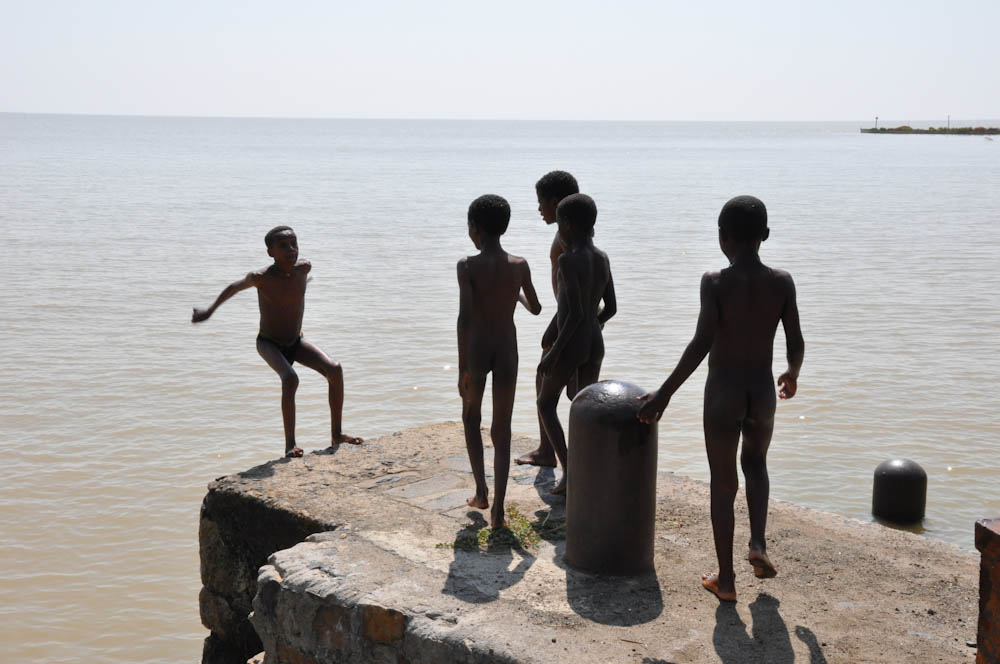 The first place we visited after Addis Ababa was Gondar, aka Gondor, as in every time Ashray would refer to it!

It has obviously nothing to do with The Lord of the Rings, but Gondar does have a fair share of architectural remains and historically interesting sites.

It is a pretty touristic place, but don’t picture it with a Hard Rock Café Gondar or anything of the sort. Touristic in Ethiopia means that you will see some people from outside the country (and outside Africa) here and there. 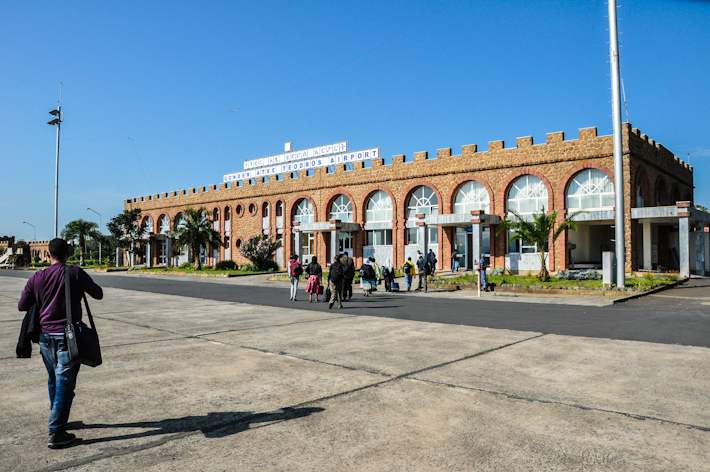 Upon arrival to Gondar's airport

Gondar was home to many Ethiopian Emperors centuries ago and that’s why its main attractions are the remains of a Royal Enclosure, including stone castles, palace and churches. Apart from the historical value of this city, this is a nice place to walk around and observe locals. The vibe of the people on the streets is rather different than in Addis. You can tell they are used to foreign tourists over here and have created a life-style around it.

It is sadly way too common to have people approaching you with the not-so-friendly greeting “hello! money?” What is that all about? You can understand that people beg when they are in need, but this “hello! money?” thing was repeated again and again by kids (mostly who needed it, for sure) but also adults, elders and, most annoyingly, teenagers that you could tell didn’t need it that much but if they could score some cash, oh well, why not… 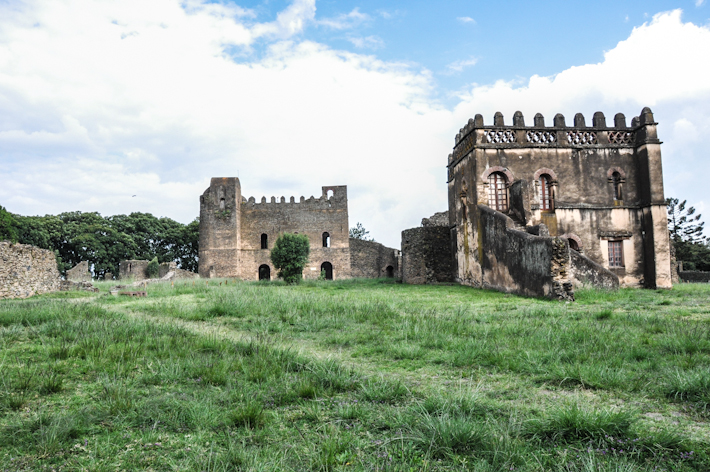 I get that people need to make a living whatever way they can, and necessity speaks louder than most values, but what we are talking about here is rather extreme. They shouldn’t think just because someone is from abroad they are bound to give them money or things. And it is actually foreigners’ fault as they have been feeding this habit. Difficult as it is to resist the look of a skinny half-dressed kid, giving money doesn’t really help, I believe. On the contrary, you are motivating the development of a “system” that is not sustainable in the medium run and you are helping the beggars loose their ability to look for work and other honest ways to pay for life – that is, letting their dignity go away.

The only thing that I am comfortable giving is food. I wouldn’t be able to throw away leftovers having people with half empty bellies just around me. And food sure fulfills a more immediate need than money does. One of the days, we were talking with a kid that was selling chewing gum on the streets and we wanted to give him some food we had left from dinner. While we were trying to make him understand what we were offering him (as he didn’t speak English) an older guy figured out what was going on and approached us saying “You are giving him food? Don’t! Give it to me, he doesn’t need it!“.What an asshole! Here is this adult, in good working age and with good working body and decent clothes, trying to steal a meal from a kid that wasn’t much older than 8 years old, with dirty clothes, skinny body and actually trying to sell something for a living. 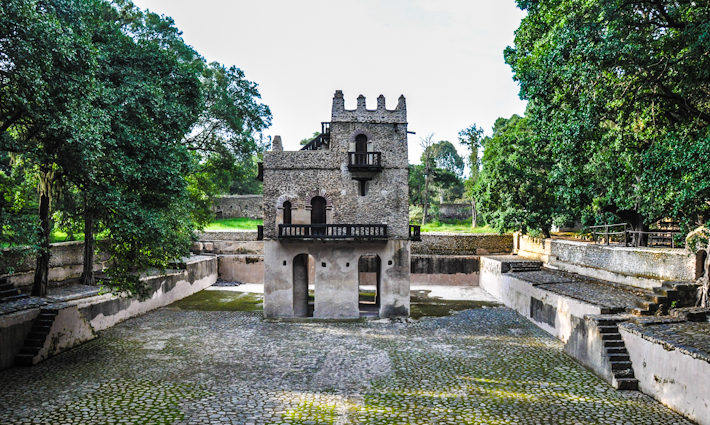 People’s attitude made me sad and, to top it up, I got fleas. No matter if you stay in a not so cheap hotel (almost USD50 in Ethiopia is A LOT of money!), you are bound to get some bug and end up like a street dog. Well, not Ashray… lucky him! I got all the fleas feasting on me, and it was BAD! After 2 days, my body probably had more than 50 bites and only the aloe vera gel we brought with us would grant me some momentary relief.

I kept on thinking “yeah, we are backpackers now, and I am ready for this and more!“, but damn, it was so incredibly itchy!! Cherry on top of the cake was the cockroach attack we had during breakfast on of the days. 10 roaches in 10 minutes, in and around our dining table, is more than I can take… Want to know something funny? Our hotel receptionist spoke perfect English, but when we checked out and he asked “where you happy with your stay?” he suddenly didn’t understand a word of English as Ashray explained “your restaurant has way too many cockroaches!“.

Gondar: I do not miss you much.

But from Gondar we took a day trip to a lake-side village called Gorgora, and that was indeed amazing. Read on…