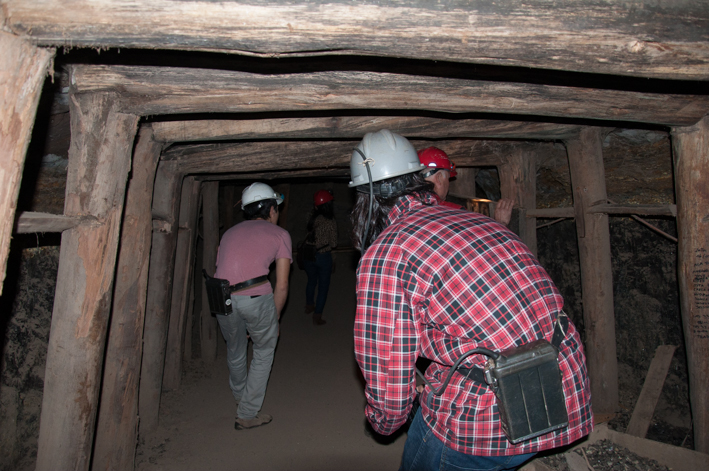 Descending into the abyss

While in Concepcion, Chile we decided to drive south for a few kilometers to visit an abandoned coal mine in Lota. The coal mine starts at the shore and then goes under the ocean. The mine was abandoned due to political disagreements, but there are tours that take you down there. During the tour, we were told more about the pathetic conditions that miners work in. Unfortunately, even today, most miners around the world suffer with terrible conditions. Back in the day, sometimes they would wear shoes made of jute that rats would nibble through!

But the miners were happy to have rats down there. That’s because if there were any cave-ins, the rats would instinctively know the best way out!

They kept a bird in a cage down in the mine. The bird would keep chirping. If there was a gas leak, they would know because the bird would die first and the chirping would stop. (the gas has no odor)

Life in the mines is pretty hardcore, and I’ve left out the more gory details!