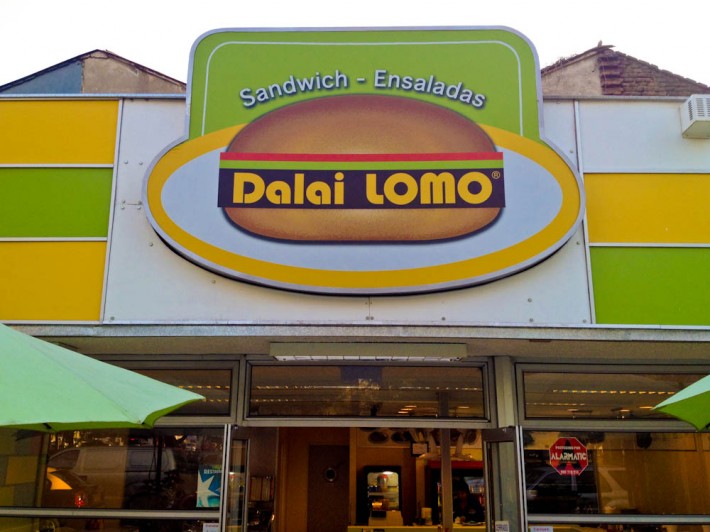 Spotted in Santiago de Chile, Dalai Lomo is a sandwich joint that wants to make you giggle with a play on words: lomo, in Spanish, is meat. One of the most common sandwiches in Chile is “lomito”, sliced pork loin. So instead of Dalai Lama, we have DALAI LOMO!

I’d like to know what the Dalai Lama thinks about this. I have read that he is vegetarian most of the time but indulges in meaty treats when traveling. I wonder if he’d like to try some sandwiches at Dalai Lomo next time he visits Chile!