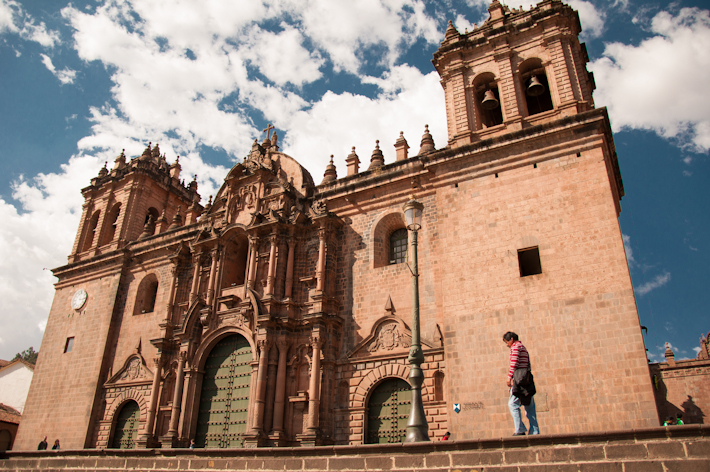 Conquistadores: why oh why?

I had never thought about the consequences of colonialism as much as while we were traveling around Latin America.

I am half Portuguese and half Spanish and, having studied in Portugal, I have obviously learnt a lot about “the great discoveries” of my people and the subsequent colonial actions in the Americas, Africa and Asia.

But it was while visiting places in Latin lands that it struck me that, after all, we were not the brave adventurous people history books had brainwashed me into believing. We were not sailing the sea in search of new richness for mankind, we were instead unrightfully stripping locals of their possessions and, what’s perhaps even worse, beliefs. I know, silly me for not thinking about this in depth earlier!

In Cusco (Peru), for example, Christian churches were built right on top of Inca temples. There was no respect for the indigenous people, neither for their gods.

And that is why when I look at buildings as the one in this photo, as impressive as they might look at a first glance, I can’t help but feel ashamed of the history of my own countries.