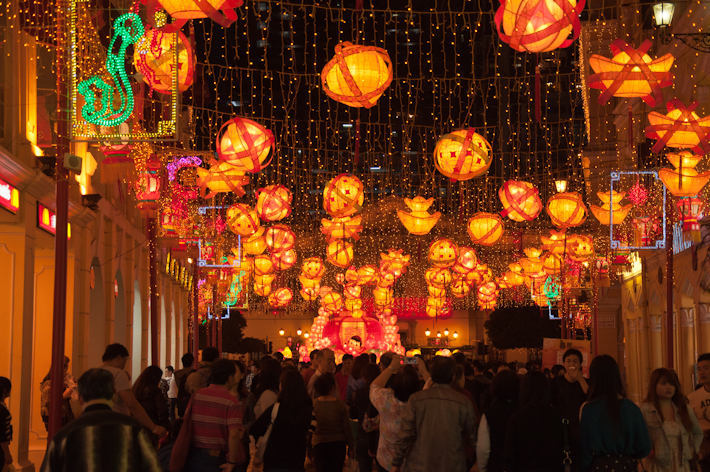 We were in Macau right before the Chinese New Year in 2013. The central square, called the Senado Square was full of festivities. It was quite a sight to see Chinese decorations around buildings that look distinctly Portuguese! Senado Square maintains a very Portuguese feel to its atmosphere! It’s definitely quite a strange feeling for an Indian person to sit in Macau, an independent part of China, in a building designed by the Portuguese, eating fries from an American chain (Mc Donalds). We needed to use the restroom but the queue was about 100 people long! If you’re visiting Senado before Chinese New Year, make sure you do your business before you head there! You won’t find any public restrooms!