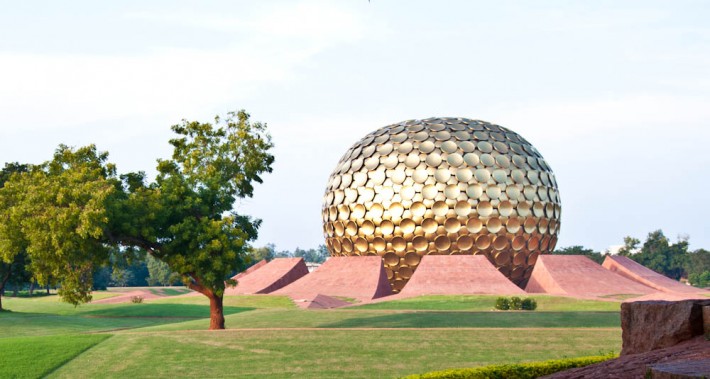 During one of our days in Pondicherry, we decided to go to near-by Auroville, the City of Dawn.

I have been in places with rather particular life-styles, but I have to say that Auroville ranks very high on the top of places with unique society and organization. Auroville is all about the community. This town started as a sort of case-study or experiment, to bring together people from all over the world, cohabiting and working on a common project.

In the words of its very own creator, Mirra Alfasse:

“Auroville is meant to be a universal town where men and women of all countries are able to live in peace and progressive harmony, above all creeds, all politics and all nationalities. The purpose of Auroville is to realize human unity.“ 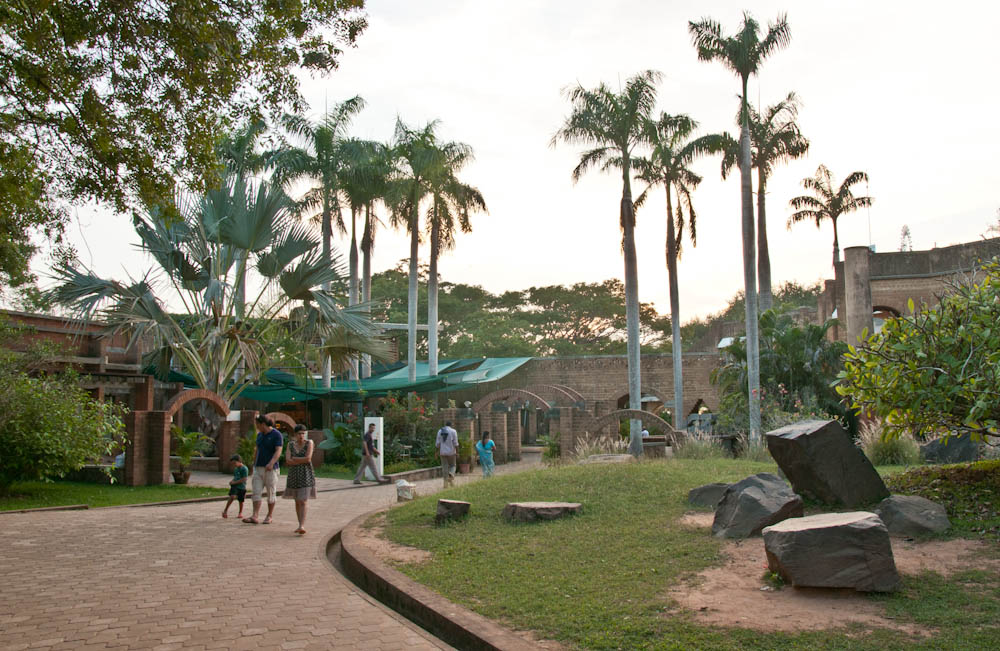 Arriving at the Auroville's Visitor Centre

But what does this translate into? Let’s see…

Mirra Alfassa, known as The Mother, was a follower of Sri Aurobindo, a spiritual leader that the famous ashram in Pondicherry is named after. She believed that people could come closer together and work for a better world and so she conceptualized and started developing Auroville.

In Auroville, you don’t own material goods, everything belongs to everyone. You are there to get educated and educate, work in community projects and think of progress in a sustainable way.

Once you enter Auroville, it feels like you are in a different country. It is in a way, as there are people from about 40 different nationalities and things seem to be very well organized. No offense, but that’s not the case all over India.

Watch this brief documentary about Auroville to understand what this “living in harmony” translates to in real life. It is very worth it! It’s short, interesting and gives a very good idea of what Auroville and its people are all about:

I never knew a place like this existed. Obviosly as mere visitors, we could only get an extremely limited insight on the purpose of life as part of this community. I guess one would have to stay for a while to really understand everything that being an Aurovillian means.

But how sustainable is Auroville? There is an idea of self-sufficiency for Aurovillians but, in reality, food and other goods are still being imported into the town, as they are unable to produce everything they need for their daily consumption. As one of the interviewees in the documentary above mentions, “people have a very romantic notion about coming and working on the land“. Working the fields is hard – I come form the Portuguese countryside and I can tell you that the majority of people that are doing something similar over there, would rather be doing something lighter. It might be fun or humbling for a while but, if you have the possibility of doing more “confortable” jobs, why would you choose to work from dawn to dusk to produce all you need to eat? I bet some Indian people from nearby villages might think these foreginers are crazy, leaving a good life behind, to work hard everyday. I know that the point is to go back to basics, find self realization while connecting with something more meaningful than a boring routine and a material life-style… but how sustainable is this, really? Would you want to be working so physically hard when you’re old? And, considering you don’t make money when you are in Auroville… what will you do when you become old and unable? I hope the community spirit is still very present when it comes to that.

Having an affordable, delicious organic meal at Auroville's cafeteria

Also, if you don’t make money, would you be disconnected from the world outside for good? Considering Aurovillians come from all over the world, would they stop traveling to go and see their families or the place they came from? Is it healthy to disconnect this much? Does it make sense to stop traveling and gaining from observing others and their experiences? It sounds utopic to me, but I’m leaving open the option of me not fully understanding the way of life in Auroville and its sustainability model, both at a collective and individual levels.

There’s also a spiritual side to Auroville. In a place with a rather hippie feel, the spiritual side had to obviously be covered. The Matrimandir, an eye-catching golden structure at the centre of the beautifully landscaped gardens, is a place of meditation. There is not one single religion or creed within Auroville and the matrimandir welcomes all of Auroville’s cizitens, independently of the specificities of their individual beliefs. 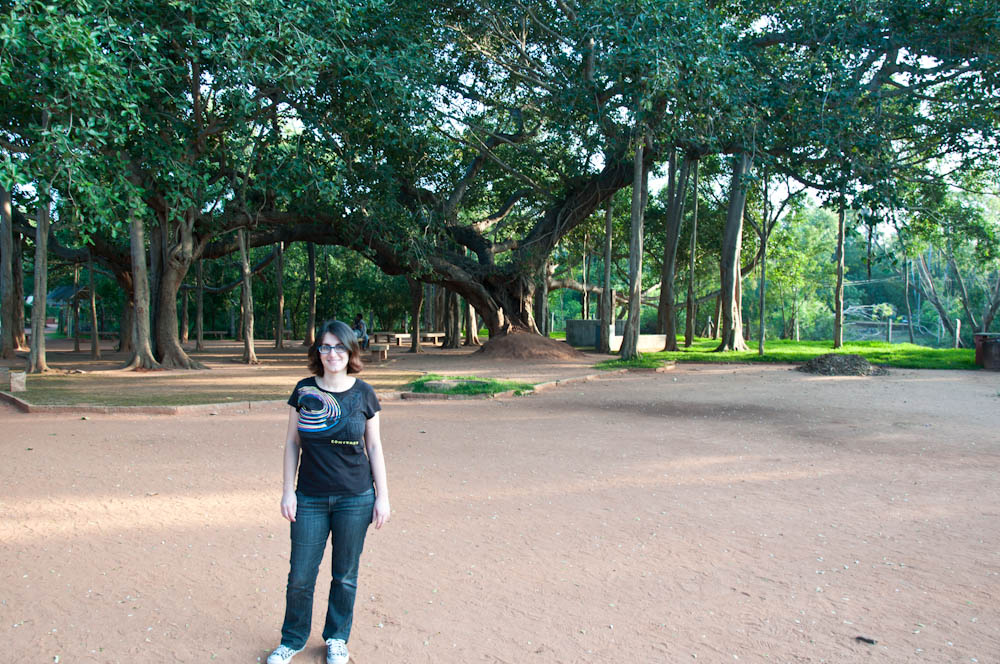 On the way to the Matrimandir

One thing I can tell you for sure: this town feels more relaxed and definitely way cleaner than most Indian towns I have ever been to. They have to be doing something right…

More about Auroville at www.auroville.org