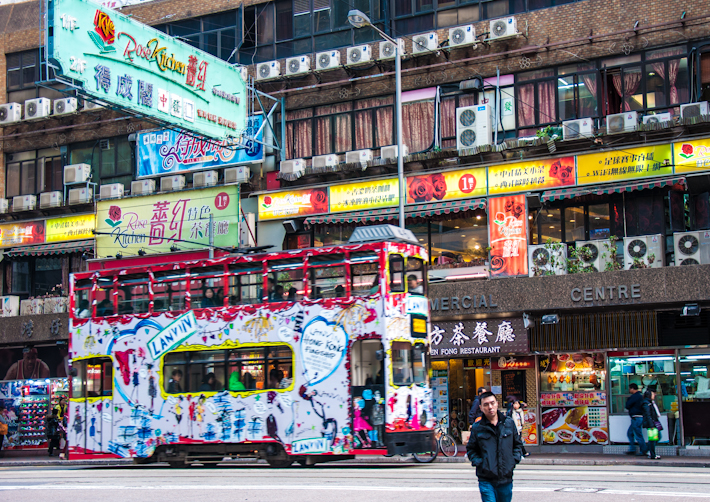 Walking around the Wan Chai area of Hong Kong, one almost feels like in the set of a movie, where London meets Asia.

As an ex-British colony, some areas of Hong Kong still show influences from the land of the Queen, quite notorious as the trams go by.

It might be officially a part of China, but Hong Kong is not one of those cities that encloses itself within a territory. Offering such great international mix and breathing in cultural influences from various parts of the world, Hong Kong likes to call itself Asia’s World City.