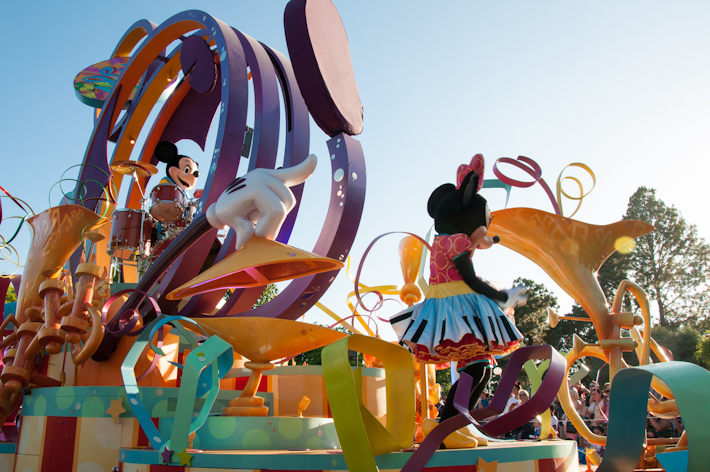 A Spectacular Day in the Happiest Place on Earth!

One might think that as someone at Disney decided to call Disneyland (the original) “the happiest place on earth” these guys have no humility at all. But then you visit this place and realize “Why should they?! This is absolutely awesome!”.

As you cross the gates of Disneyland in Anaheim, California, you read a board that says:

Here you leave today and enter the world of yesterday, tomorrow and fantasy.

Two steps ahead, lies a world of magic and imagination, of fun and fantasy and you’re part of it! No better place to spend a birthday, whether you’re a kiddo or not.

One day is not enough to see and do everything the Disney universe has to offer. We had a day-hopper ticket that grants entry to both Disneyland and its sister theme park Disney California Adventure, which are opposite each other. Both parks are amazing, but they are actually substantially different. We found Disneyland to focus more on story and fantasy, stimulating one’s imagination, while California Adventure’s main strength were the rides.

In either of the parks, there is no point in rushing just for the sake of hitting all the rides or shows either. Just walking around immersing yourself in the incredibly detailed streets, buildings and squares of the different themed areas is a pure joy. Stopping for a meal or treat is part of the fun too and the food was surprisingly good and not as pricey as one would think.

The day is ideal to experience the thrill of Disneyland’s favorites such as Splash Mountain or Indiana Jones’ Adventure, roam around Main Street USA, Adventureland and Frontierland, enjoy live music in New Orleans Square (which we did while having lunch – what a luxury!), meet Winnie The Pooh in Critter Country and get a glimpse into the future at Tomorrowland. 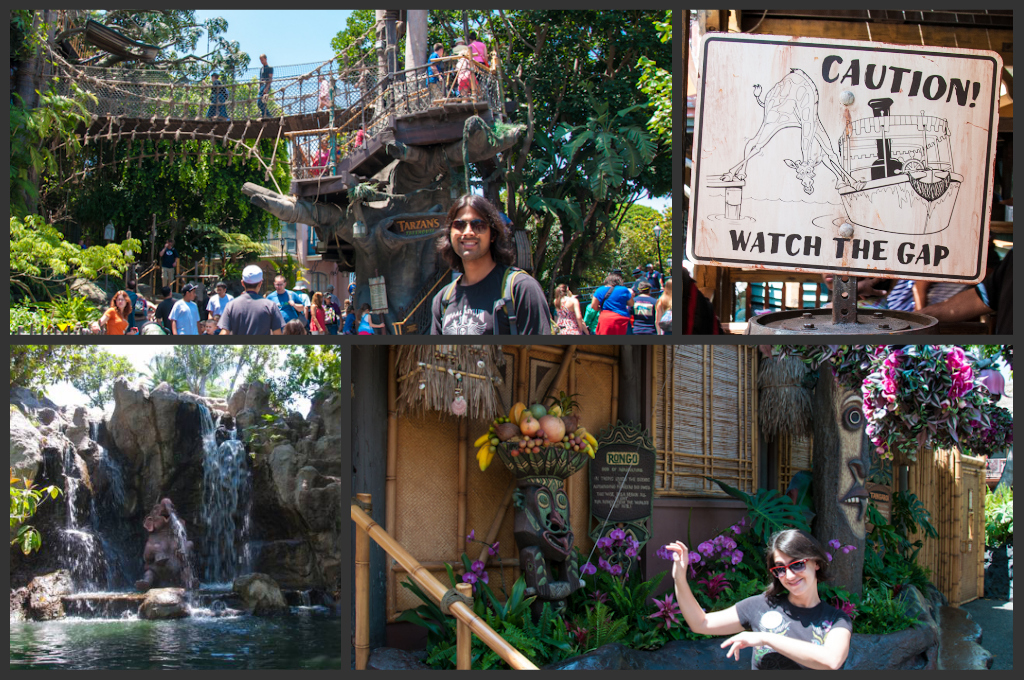 But, no matter how many years I count, I’m still a child on the inside, so the attractions I ended up enjoying the most were the classic Disney ones, around Fantasyland (super kudos to the It’s a Small World ride, where you take a boat ride while watching little dolls from all around the world dancing) and Mickey’s Toontown, were you get to experience a town just like out of a cartoon. We even got to meet busy Mickey Mouse in person… I don’t think it gets much cooler than that! 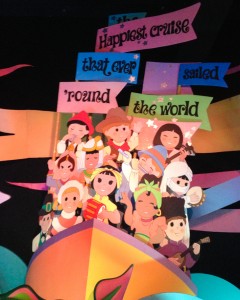 Entering It's a Small World 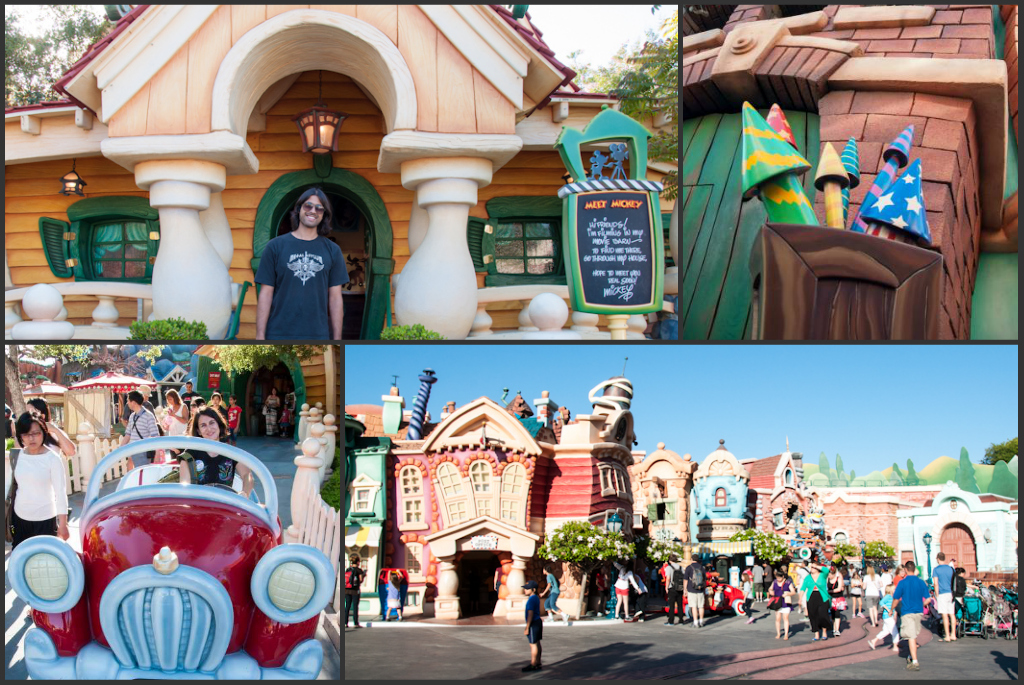 It’s in places like Toontown, that look more kiddish than most areas of Disneyland, where you realize that this place is not only for children! At Minnie Mouse’s house, I observed how a group of bad-ass looking tattooed guys were roaming around Minnie’s home, marveling at her furniture and accessories and the contents of her fridge! There’s a child inside all of us and Disney knows very well how to keep it alive and entertained! 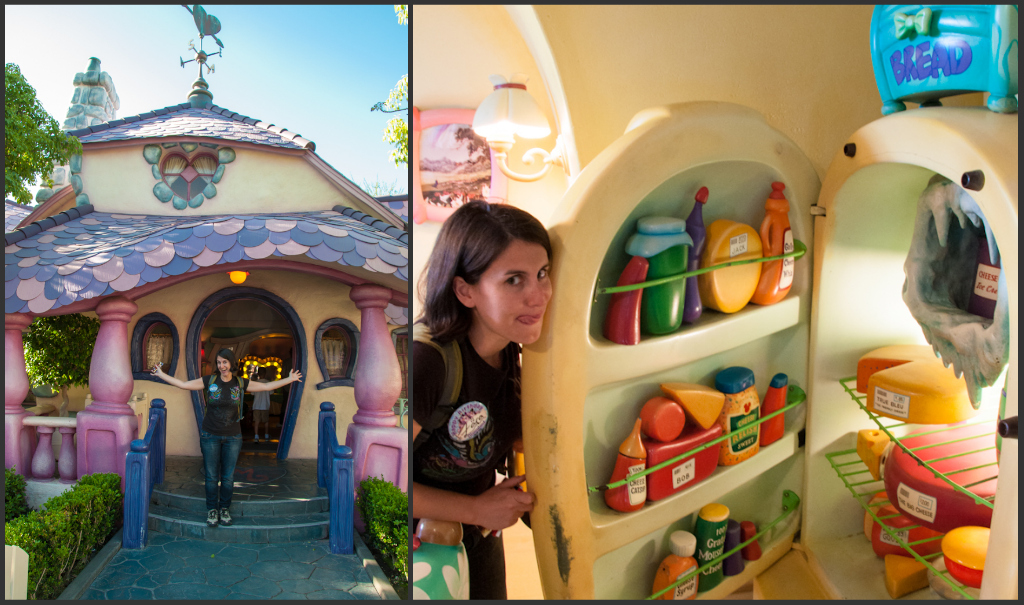 One of the highlights at Disneyland was the parade, where we got to wave hello to Disney’s most beloved characters. As I had a birthday badge, a lot of them noticed me and said HI back, making me smile like a happy little kid! 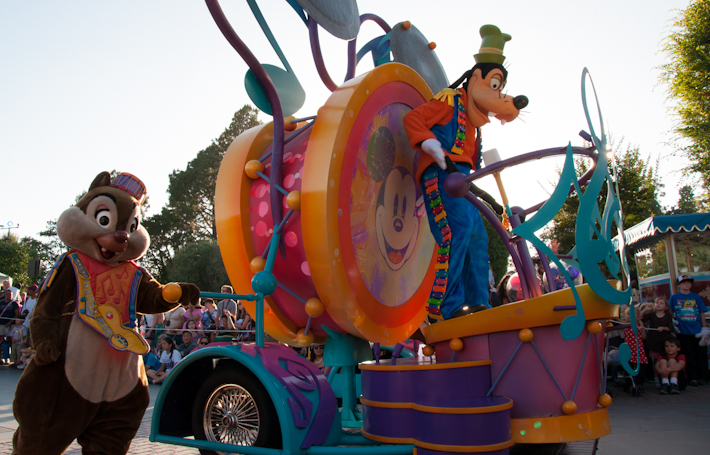 Goofie and friends during the parade

Close encounters were possible with the characters that hang around Sleeping Beauty’s Castle. We met the Evil Queen who was a miserable bitter person – but that is awesome, because she was so much into character that it made it feel pretty real and lots of fun! In fact, all the cast and staff working at the different rides and themed areas have been groomed to perfection, fitting the character and mood so well, that you easily get carried away in the fantasy. 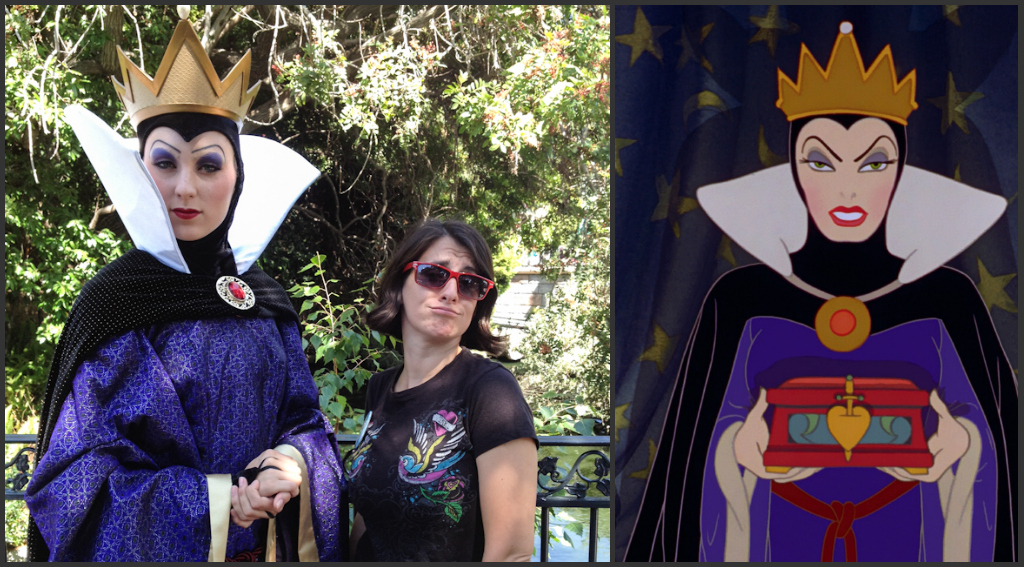 A&Z with Cinderella's Fairy Godmother – such a sweet lady!

Towards the evening, we decided to make the most of our pass to California Adventure, where we explored Hollywood, felt small in scenes and rides inspired by the movie A Bug’s Life and walked around Cars Land, with different theme areas that anyone who’s watched the movie Cars will easily recognize! Grizzly Peak is just like Yosemite – we’d know as we were there one week prior to this. 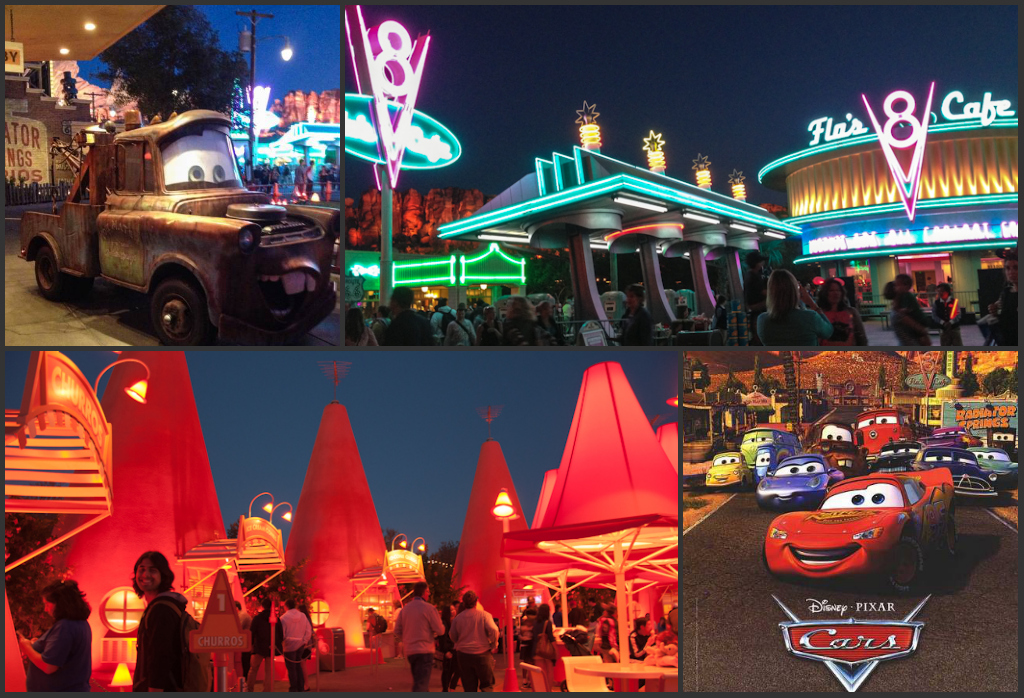 Disney California Adventure's Cars Land – just like in the movie!

We ended our Disney day with not one, but 2 cherries on top of the cake! First, we enjoyed the evening show Fantasmic! at the Disneyland side, where Mickey stars in a battle between good and evil. Disney magic mixes with great staging, fireworks and amazingly captivating movie projections on water, culminating in a  long session of colorful fireworks, best enjoyed with the Sleeping Beauty Castle as background.

Day and night by the Sleeping Beauty Castle

After that, we crossed to Disney California Adventure to enjoy World of Color by Paradise Pier, where projections in water were also part of the show, as well as music, and of course, lots of color! 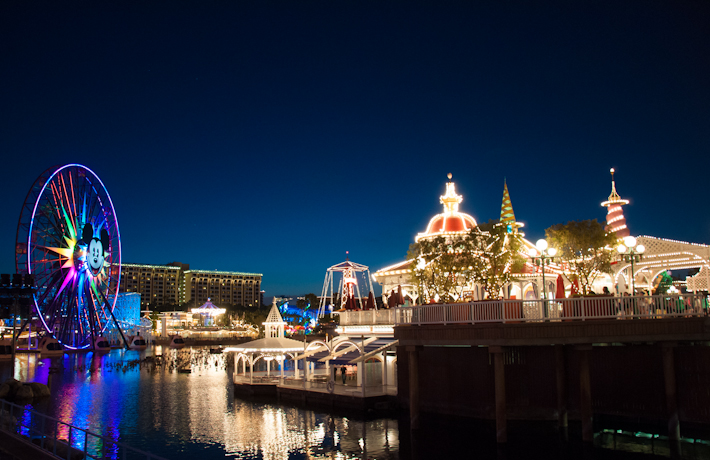 Both shows were amazing, and so was this entire day! Disney has this ability to take you to far away places, where the real world doesn’t matter much anymore, making you feel like you never want to let go. 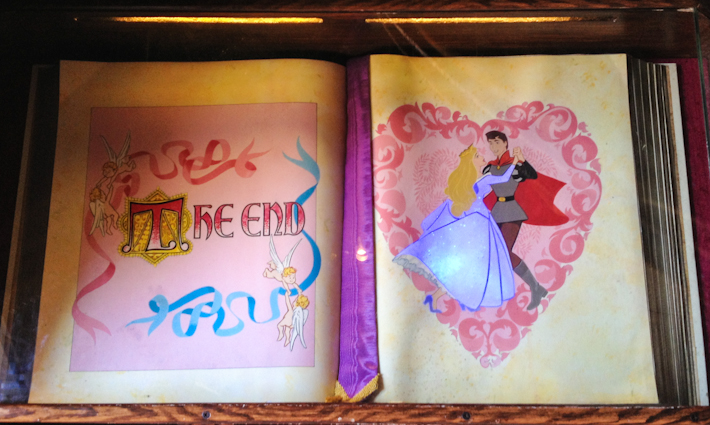