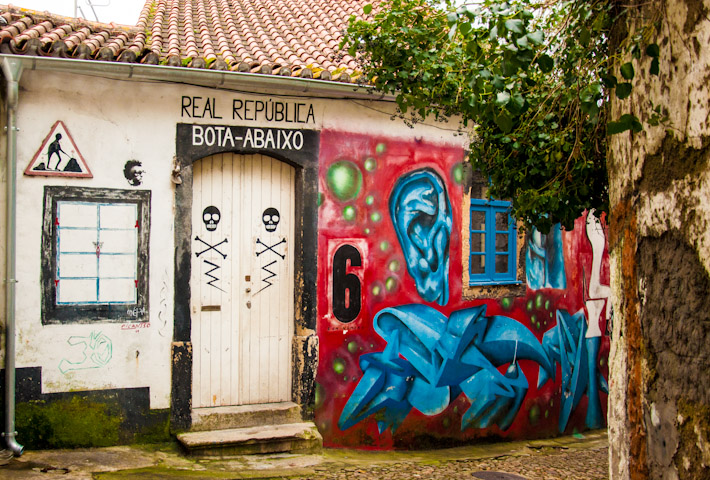 When we hear the words frat house, many of us automatically picture something that looks like this… … with people in there who behave along these lines: Coimbra is the most college student oriented city in our country. The University there is one of the oldest and continuously working universities in the world, dating back to the 13th century. As you can imagine, student traditions are deeply rooted in the life of Coimbra and that’s why it is so common to come across frat houses.

In Portugal, frat houses’ names have little to do with the Greek alphabet. Instead, students here choose much more… hmm… manly names. On today’s photo we feature Real República Bota-Abaixo, loosely translating into “down-it fraternity house”. Yes, we’re talking about booze. The neighboring Paços da República Baco also seems to have dedicate their home’s name to Baco, the Roman god of wine: Some of Coimbra’s frat houses are nestled in the most traditional cobble-stoned alleys of the city or inside buildings that breathe out history, catching the eye of tourists like us passing by.

They might make use of their windows to post student related or politically charged messages, but whatever happens behind closed doors, well… that’s a whole other story!