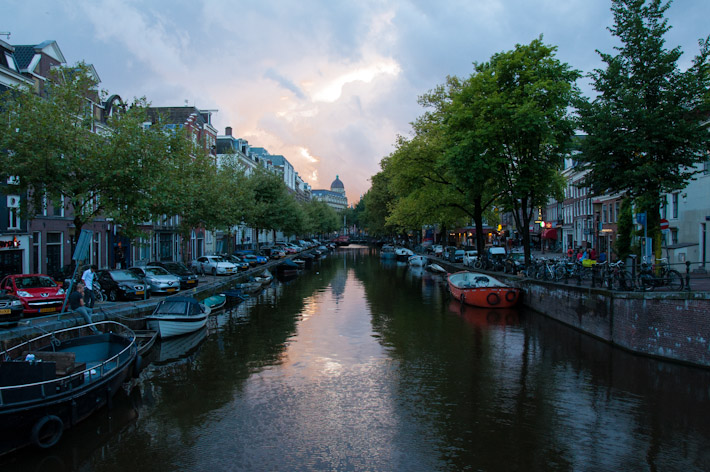 What would you do if you had only 24hrs in Amsterdam?

We have just arrived in India after a one day lay-over in The Netherlands’ capital city. Before we got there, we used our Twitter account to ask what would other people recommend to see and do in Amsterdam in such a limited period of time. You can easily figure that weed and freshly brewed beer were involved in the suggestions!

As it often happens, we didn’t plan anything. We ignored the world-class museums, Anne Frank’s house (we thought reading the book first would make sense!) and we didn’t take any exciting substances either – unless Gouda cheese counts! Instead, we wandered around Amsterdam’s picturesque streets, taking the almost compulsory photos of the canals and watching people ride away as the rain started to pour down. Well, we also had some incredible Indonesian food  – these are the things you miss when you stay in South America for a while! And, of course, also dedicated some time to local specialties such as frites (fries that would normally be topped up with mayonnaise, but we took curry sauce instead because as I just mentioned, Latin America deprived us of a certain range of flavors) and kalfsvleeskroke (Dutch meat croquettes). All in all, it was a tasty and highly satisfying day!

Have you been to Amsterdam?

What do you think are the highlights to be enjoyed in just one day?