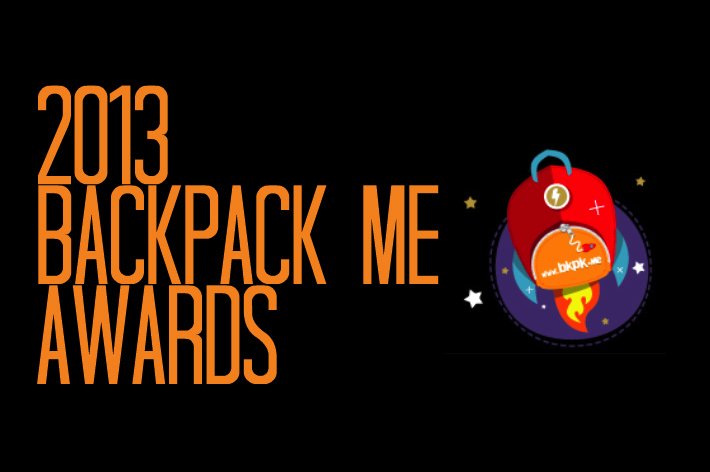 Following the smelly 2013 Piggy Awards, it is now time to give the lime light to those places, people and instances that have made our travels during 2013 even more memorable.

We are happy to introduce the 2013 Backpack ME Awards! 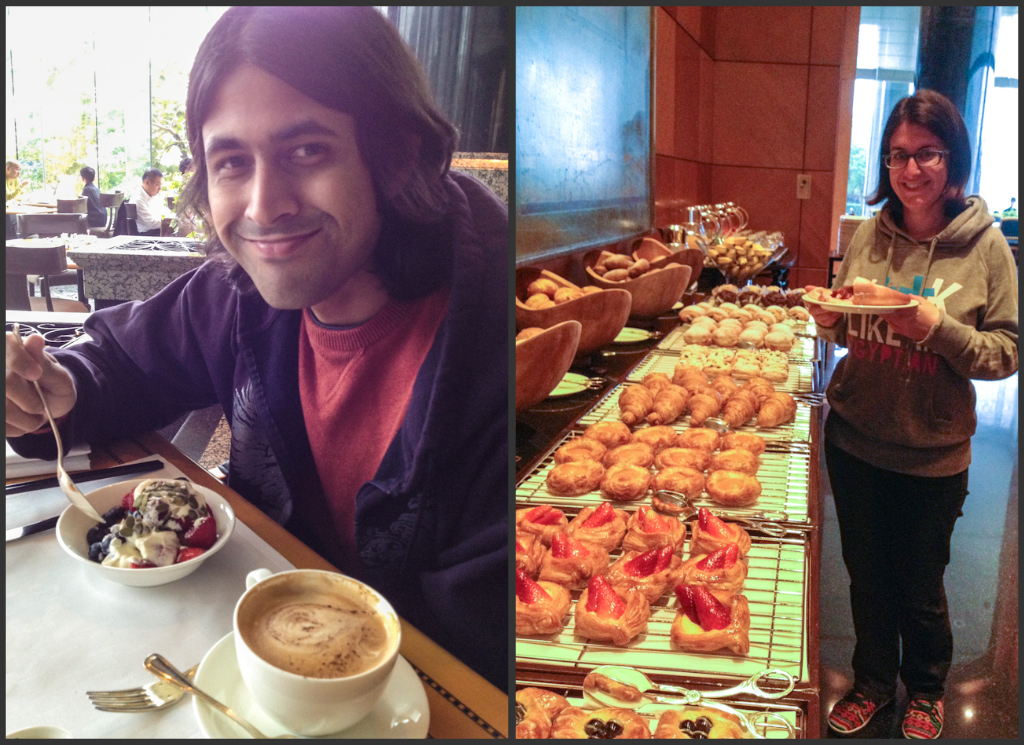 This year we have enjoyed fancier stays than during 2012. We have splurged here and there in good hotels and, one of those managed to stand out particularly: The Grand Hyatt Hotel in Hong Kong. The room was as spacious as one would expect, the bathroom had as many mirrors as any narcissist would enjoy, the pillows were as fluffy as cotton candy and all of those things people expect from 5 star establishments. But for us, The Grand Hyatt got us at breakfast, with the most extensive and mouth-watering breakfast buffet I had ever put my eyes (and mouth!) on. From Asian treats such as dim sum and noodle soups, to western favorites like bacon, smoked salmon and pancakes. Including a delicious array of exotic fruits and berries, freshly baked pastries and breads, fresh fruit juices, smoked meats and fish, frothy cappuccinos and more. 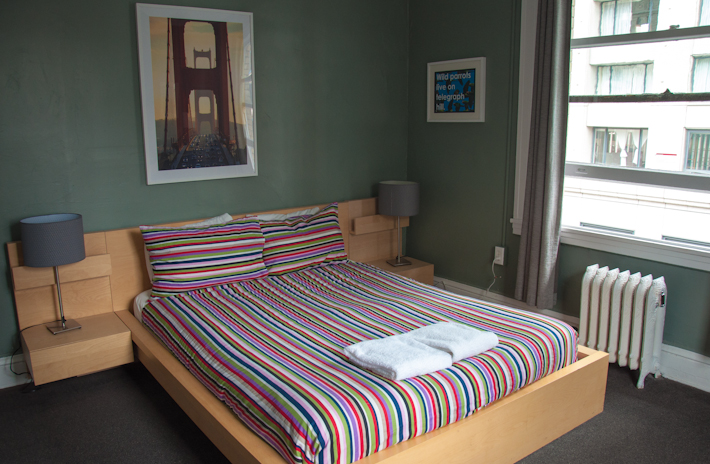 The USA has some of the best hostels we have had the pleasure to stay at. Earlier this year, we partnered with HostelBookers that sponsored our stay in a hostel that does everything as it should be: HI Hostel Downtown San Francisco. A great combination of comfy and friendly atmosphere, with all the practical details a hostel should always take care of also in place: good room, clean bathroom, nice breakfast, affordable in-house facilities for laundry and in the very center of San Francisco. CamelBackpackers in Phoenix shares the Best Hostel Stay award with HI San Francisco, for introducing us to a new concept of hostel. With a house converted into hostel, CamelBackpackers offers an intimate atmosphere, where you get to know everyone staying in (there are private and dorm rooms), hang out in the beautifully decorated common areas and even cook in the best equipped hostel kitchen I have ever come across. Thumbs up for the great service at CamelBackpackers!

This year we have also stayed with a lot of friends and family (we’re not mentioning those, because they know who they are and how much we love them already!). So, unlike last year, we are not giving this award to any establishment. Instead, here are some of the friends who made our travels during 2013 more enjoyable, sharing with us their homes, taking us around their hometown and making us feel like, even if for a little while, we had a home: With Sarah and Precious in Santa Cruz, California

Sarah is the sister of a friend of ours from Dubai. We had never met in person and still she was cool enough to invite us to stay at her place when she knew we were coming to Santa Cruz. So thanks a lot for the stay and, above all, for showing us what the real California is all about! Sakshi enjoying some chocolate truffles we brought as thank-you gift

Sakshi is our best friend’s sister who, once again, had never met us but was (along with her husband Nisarg) a great host in San Diego. Thanks for the comfy room FULL of stuffed toys, the home-cooked Indian breakfast and, of course, the froyo! 10 years later, with Sandra in LA

Forget about those commercialized Beverly Hills and celebrity tours on sale everywhere in Hollywood. When you have the privilege of taking a ride around Los Angeles’s neighborhoods with Sandra Menino that’s when you really get the real scoop of what’s going in LA. Thanks Sandra for showing around and sharing all the gossip! With Mazu and Gayatri in Paris

Paris wouldn’t have been the same without you guys! After all the nose-up Parisians, it was such a refreshing change to move in with you and your flat mates for a couple of days and enjoy Puteaux, Etretat and even poha for breakfast. Merci beaucoup! With Ahmad in Berlin, doing what hipsters do!

Berlin kicks-ass and so does Ahmad! It was great to spend some time with a friend Ashray used to work with in Dubai, who showed us all the multiculturalism Berlin is well known for. We had such a good time, that we’ve been thinking of coming back ever since! For variety, richness in flavor and affordability, Thailand wins this category, hands down.

The other day I was participating in a Linkedin group discussion, under the topic “what’s your favorite country for food”. While many people highlighted Italy or France for their foodie delights I couldn’t help but thinking Asia is where it’s at! It is a matter of taste, of course, but one thing is undeniable: Asia is a better place for food for the masses, because food is affordable (both cooked dishes and wholesome ingredients to prepare at home). Eating well is something for EVERYONE, it shouldn’t be something for an elite with higher than average purchasing power. So while on Linkedin people would praise French cheese and champagne, I couldn’t help but thinking about places around Asia (namely, Thailand), where quick affordable meals are more often than not nutritious, involving fresh ingredients and, above all, are readily available everywhere. Going to the US we just had to check out what shows were happening nearby the places we were going to visit. Not living in a big city, enjoying live music is one of the things we often miss. Although we were only supposed to visit the Grand Canyon within the state of Arizona, we quickly included Phoenix on our route, when we found out Paramore were playing there. After such an energetic show, we can only say we’d go for it all over again! This is what the average Czech lady looks like

Seriously, we have never been in a country with such high concentration of hot people. Ladies, in particular. Is everyone in the Czech Republic a model, or what is the deal?! How do they even do it, with all the meat they eat and the liters of beer they drink? Could it be some sort of magic potion?

Roaming around any city in this country, it is easy to feel like you’re below average. So, that’s it: I’m only going to “ugly” countries from now on. Any suggestions?!

Saying that XYZ country is a “traveler’s dream” sounds quite silly, as every traveler has different interests. Still, if I was to use that expression to describe any country, that would have to be Thailand. Here’s why…

For the eating-out culture and never-ending food possibilities: For the affordability (that does not ruin the high standards): For the positivity and friendliness of locals: For the amazingly happening cities: Inside a taxi in Bangkok's Chinatown

For the serene country-side: Our house in Bang Tao

For the stunning coast-line: For the variety of religious and cultural outlooks: Hello Kitty goes to the temple

I don’t know anyone who doesn’t like Thailand. If you meet anyone thinking along those lines, just tell them they’re wrong!… ;)

Where are you traveling to during 2014?

Wherever you go, have a happy journey!