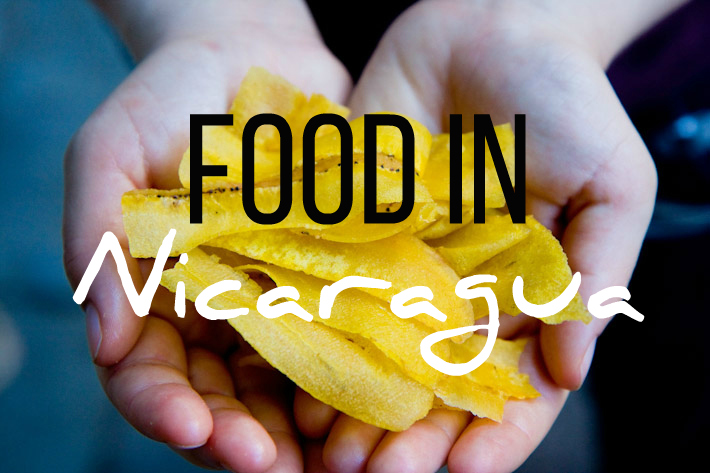 July 14, 2015 /Posted in Around the World in 80 Posts, Latin America, Nicaragua, The Meal Deal /By Claudia Tavani

When thinking of Nicaragua, food is surely not the first thing that comes to mind. However, I would dare say that it actually is delicious. The good news is that Nicaragua has some amazing produce. For example, fruit is delicious, and the country is the biggest producer of beef and lamb in Central America, so the quality of the meat is excellent. This implies that among the best things to eat in Nicaragua, there are some fabulous fruits (there are a lot of street vendors who peel fresh fruit) and freshly made fruit juice (no canned or prepacked stuff here!), as well as delicious steaks. My favourite drink when in Nicaragua is limonada: just freshly pressed lemon juice, a hint of sugar and lots of purified ice.

Yes, Nicaraguan cuisine is not internationally famous to the point of being considered UNESCO intangible cultural heritage like the Mexican one. But this mixture of indigenous and Spanish dishes and ingredients that can be truly delicious at times. There are a few dishes and snacks that are very tasty and that anybody travelling through this amazing country should try. These are a few of them:

Thin slices of plantain are fried in oil till they are crispy. They are a great snack that is sold everywhere in the streets. I found them perfect to accompany a sunset cerveza. Thick slices of plantain fried in oil till they are soft, then drained, pressed and fried again to look like a croquette. I often had them as an appetizer along with cheese. Ripe plantain slowly cooked in oil with a bit of sugar, generally served for breakfast – that’s how I like it! A real Nicaraguan staple: people in Nicaragua literally have it for breakfast, lunch and dinner. I did so too a few times. It is a mixture of fried rice with onion and sweet peppers, red beans which are boiled with garlic, and then everything is mixed and fried together. At breakfast, it accompanies fried or scrambled eggs and a platano maduro; at lunch or dinner it is served with grilled chicken, pork or beef along with an ensalada de repollo (cabbage salad) and a corn tortilla. This dish is typical from Granada. My favourite place to eat it at is a kiosk in the main square called “El Gordito”. To prepare the dish, a plate is covered in plantain tree leaves and then layered with yucca, chicharrón (pork scratchings) and ensalada de repollo. The name literally means “very vigorous” as it supposedly gives a lot of energy! In order to prepare this dish, meat is cooked with onions, garlic, sweet peppers and tomatoes. Tortillas are softened in water and grounded till they form a dough. The meat is shredded then fried with the vegetables, the dough and orange juice and finally broth is added. Not for the faint of heart – I did find it tasty although a bit heavy.

I must admit I was not too keen to try this dish as I am not a huge fan of tripe. This is a specialty of Masatepe, in the department of Masaya: the sopa de mondongo is made with mondongo (tripe) which is washed in bicarbonate, orange and lemon and then chopped and cooked with onion, sweet peppers and garlic. When the tripe is soft, rice and chopped vegetables (chayote – which is similar to zucchini, sweet peppers, onions and corn) are added. It is served with avocado and cheese. I am very health conscious, but quesillos are delicious. This cholesterol bomb is originally from La Paz Centro and Nagarote, in the department of León and in fact that is where it is best to try it. It consists of a freshly baked corn tortilla which is layered with thin slices of a cheese called quesillo, then wrapped up in a plastic bag. A salad of pickled onion is added, and finally fresh cream is poured over, with a bit of salt. They are messy to eat, and heavy but oh so tasty. Nacatamales are made of dough prepared with ground corn and butter, stuffed with small pieces of pork or chicken, rice, potatoes, onions and sweet peppers. Then the mixture is packed in plantain leaves, folded and boiled for a long time to reach tasty perfection. I love fish and I love soup, so I was bound to love rondon, a soup kind of dish originally from Bluefields that is mostly found on the Caribbean coast and is generally prepared with fish cooked with sweet peppers, pepper, a herb called nargan, onion, plantains, yucca and new cocoyam. It really is delicious!

I had this delicious meal at some Nicaraguan friend’s home. It is usually eaten on Sundays but takes a long time to cook, so preparation starts on Saturdays. Baho, or vaho, is prepared with beef, plantains and yuca wrapped in banana leaves and steamed over water in a large pot. A cake that is soaked in 3 kinds of milk (whole milk, sweetened condensed milk and evaporated milk) to give it a rich, dense texture almost like cheesecake. I am lactose intolerant, so you can imagine how I felt after eating this delicious cake. But it was worth it! Have you been to Nicaragua?

What was your favourite food there? Claudia is from Cagliari (Sardinia) and is obsessed with travelling. A former human rights lawyer and academic, after devoting her life to the protection of cultural identity, in November 2013 Claudia decided to give in to her biggest passion and started travelling around Latin America, and she has hardly stopped since. Blogging came as a natural consequence, as Claudia wanted to keep her family and friends updated with her adventures:

My Adventures Across the World