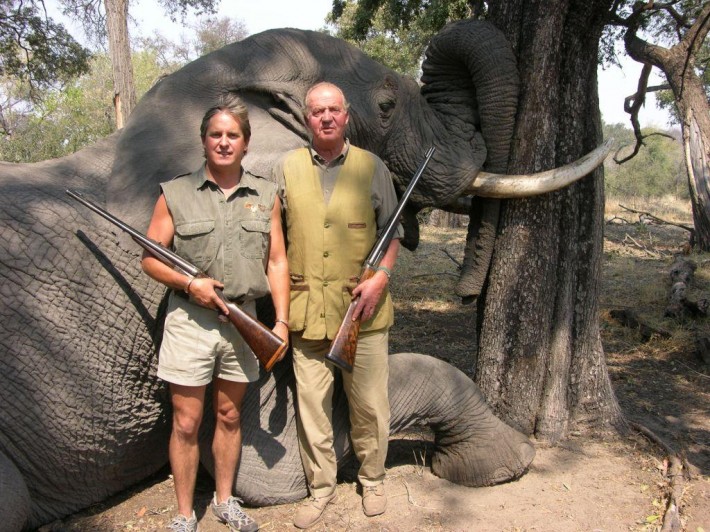 My letter to the elephant-murdering King of Spain

The fact that monarchies still exist at this day and age, feels ridiculous to me. We can discuss that on another occasion. But there is something that strikes me even harder than the existence of these royal families that, by right of birth, are superior to the rest of us common mortals. And that is the fact that they behave, indeed, as if they belonged in a different world!

You might have heard that recently, our King of Spain D. Juan Carlos, got injured while hunting elephants in Botswana. Nature played a trick on him and, the hunter got somehow hunted… and haunted!

No one was supposed to know his highness was having a delightful time in the wild, exterminating creatures that have done nothing wrong. How do you tell your country that, while you are suggesting to them to live under austerity measures in these so-called times of crisis, you are shooting their money away and, in the process, killing innocent lives for your own selfish fun? You obviously don’t want your people to know how little you care about their unemployment, indignation, protests or rights. “Let’s just clear our heads and get a change of scenery”, the King must have thought. Botswana seems like the perfect place to feel like the King of the Jungle for a day!

Little D. Juan Carlos knew that things were going to go against him, when he fractured his hip and the media discovered where he was and… what he was doing! Turns out the leader of Spain kills for joy! What a great example for the 46 million people that are supposed to look up to him! He was obviously ashamed and apologized to his country in the video below:

It doesn’t look very heartfelt to me, to be honest. He looks like a little kid who beat up his friend and whose parents made him apologize. You do it because you are forced to, with a condescending tone, but not because you really mean it. And that’s not enough!

We are talking about the honorary president of the WWF. This stands for World Wildlife Fund, in case our King doesn’t understand English!

So this is when I humbly come in and make myself available to give the King some advice!

If you still have a heart and care about turning wrong to right, you might want to consider becoming the foster parent of ALL elephants and animals rescued by The David Sheldrick Wildlife Trust. You haven’t heard of them? Well, I guess they don’t allow hunting within their facilities, so you obviously wouldn’t know… 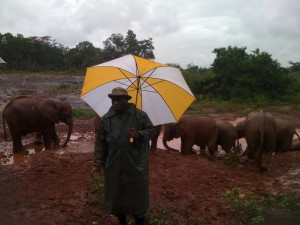 It's visiting hours at the David Sheldrick Wildlife Trust!

This organization rescues young elephants, rhinos and other wild animals from their natural habitat in Kenya, when for some reason baby animals are left alone and incapable of survival. This happens mainly when people like YOU hunt their parents down for fun or greed and the babies are still too young to get by on their own. Imagine you and Reina Dona Sofia were shot when Prince Felipe was a baby. What would he have done? Probably die and not become the King of Spain one day. Wouldn’t that be sad? It’s equally sad for the animals that did nothing but mind their own business… in their own home!

We have fostered baby elephant Mzima last Christmas and it’s been a wonderful experience so far! He writes to us every month and sends updated photos of him playing with his friends in beautiful Kenya. The guys at the David Sheldrick treat him really good and give him a lot of love every single day, until he is grown up and ready to go back into the wild.

One can foster an elephant for as little as USD50/year. But you can obviously be more giving and, being a King, I am sure you have a lot more savings than we do, so you can contribute generously and try to make up for your sins. Isn’t that what many people do with Church donations, anyway? I am not sure if money can buy you heaven, but money sent to the David Sheldrick can certainly contribute positively to the life of many rescued elephants and, right now, dear King: this is almost compulsory for you!

But please, use your own personal savings (the ones you normally take to sail around with your boat during the summers), and not your people’s money. They have enough problems as it is.

I hope you are able to take my advice and that we get to read in the news real soon the headlines: “King of Spain seeks redemption for his sins and becomes foster parent of all elephants at The David Sheldrick Wildlife Trust in Kenya!”. Maybe then, and only then, we could start feeling a little proud of you. 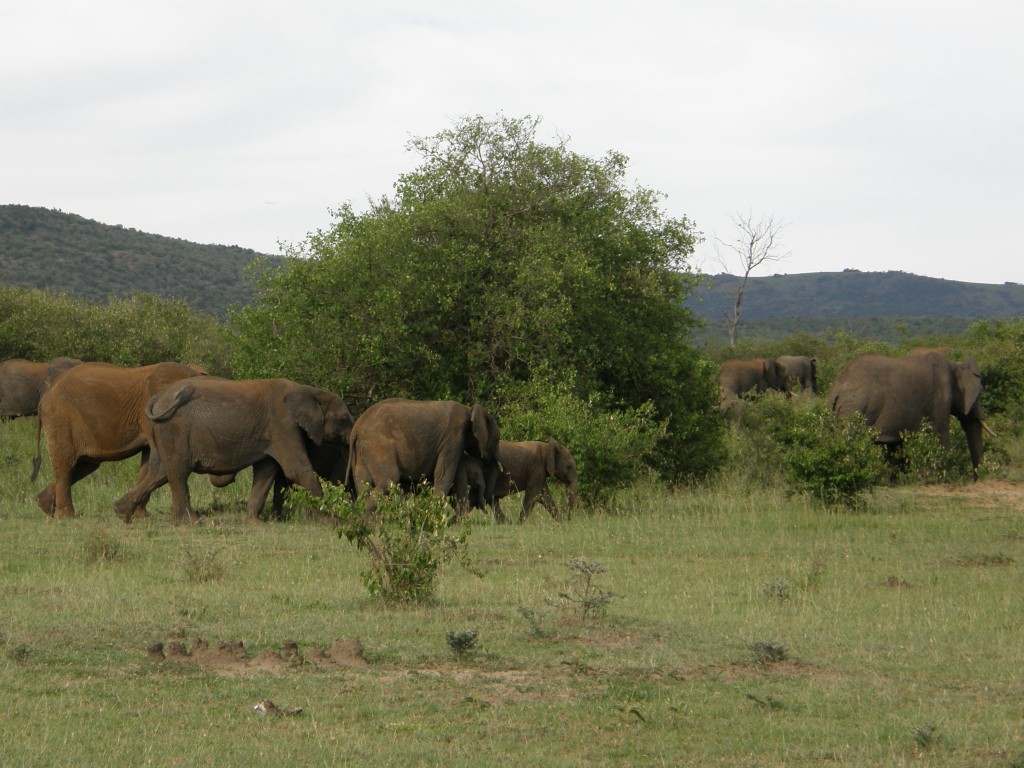 Elephants: right where they should be! Taken in the Masai Mara reserve, Kenya.

We visited The David Sheldrick Wildlife Trust a couple of years back in Kenya and it was fun, informative and truly endearing. With the ticket price itself, you are already contributing! But you can only imagine that, with their size, these guys eat a lot and they need special care. For example, babies are fed with a special milk formula that took 28 years to develop to perfection, making sure it substitutes maternal milk in all it’s nutritional value.

You too can be a foster parent!

Get more info on The David Sheldrick Wildlife Trust’s website and meet all the animals that are waiting for your love here: www.sheldrickwildlifetrust.org