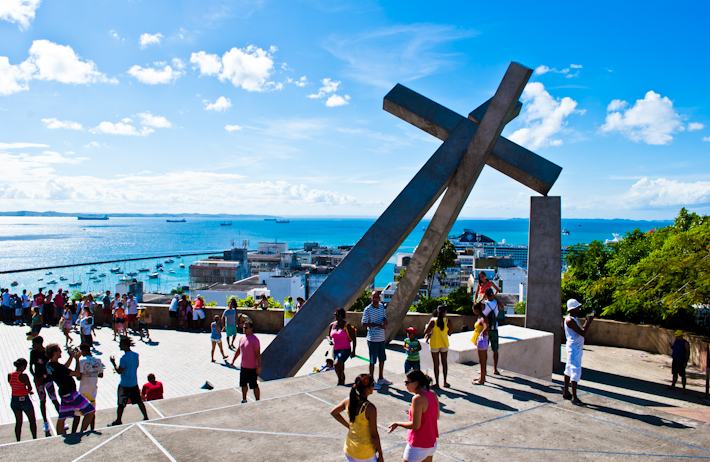 How’s your faith holding up?

Spotted in Salvador da Bahia, in Brazil, this cross represents what has happened to many believers around the world, including me. I am not sure what’s the intention behind this monument but for me, it represents the collapse of religious belief.

When I was a young girl, I thought God would compensate me for my “good behavior” one day. As I grew up, I started to understand that no one out there should define what’s right and what’s wrong for me as an individual.

I am not religious anymore and I don’t believe in God either (at least not the traditional concept of “it”). I follow my own religion, the one that is based on learning and trying to understand different people. It’s a “keep your mind open” kind of faith. The one that rewards you during life, and not after you are already dead.

Let the crosses come down, as the brains and hearts are raised!