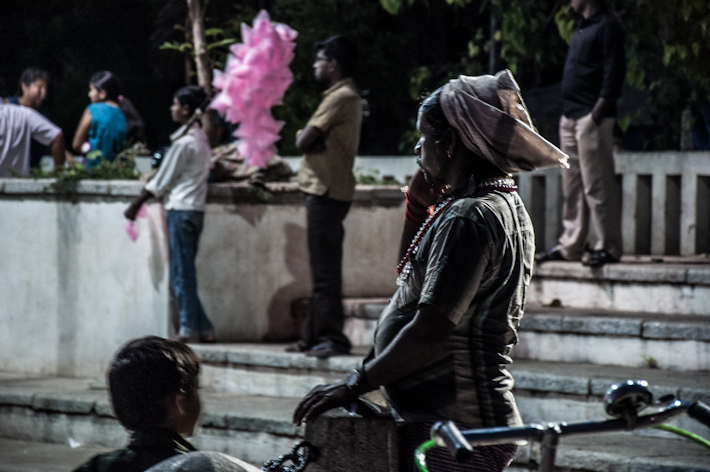 There is something sad about the moment when this photo was taken.

We were walking close to the sea in Puducherry and there was a public event taking place. Loud music was playing and people were generally having fun. We approached the crowd to see what was going on: there was a stage where some kids were showing what they were capable of in their respective musical instruments. I think they belonged to some music school.

This guy had stopped his bicycle there and was looking at the show. But he was doing so with a certain sad look in his face. Maybe his younger years were not as sweet as the cotton candy that contrasted with his look in the background.