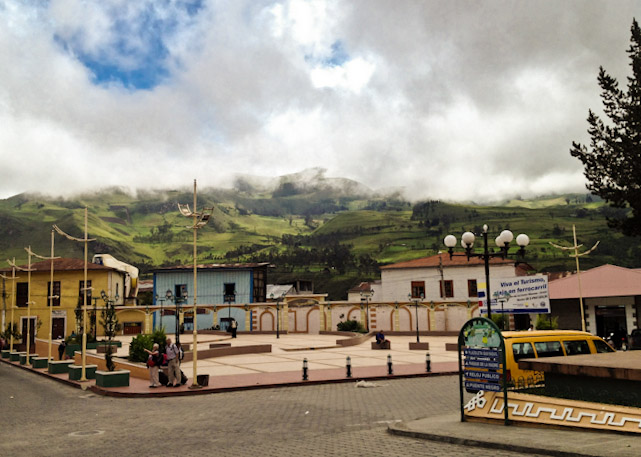 Alausi, up in the clouds

Last year we took the Nariz del Diablo train, a historical train route that was constructed by Jamaican slaves brought to Ecuador back in the 1700s. As the town is at a high altitude, the construction was incredibly challenging. They had to blast the hillside using dynamite to lay down the tracks. Today, you can take this historical train ride that leaves from a quaint little town called Alausi high up in the Andes.

We took the bus early in the morning from Riobamba to Alausi. After reaching there at around 10am, we grabbed some breakfast at the town center. It’s a charming little town with an interesting little market. This picture was taken right near the train station as we were walking towards it. Later on, we took the bus from Alausi to Cuenca, had to sit out there in the cold for about an hour to get a bus that was passing by, but still worth it for a $5 ticket :)

So you see those clouds in the distance? We pretty much drove through them!