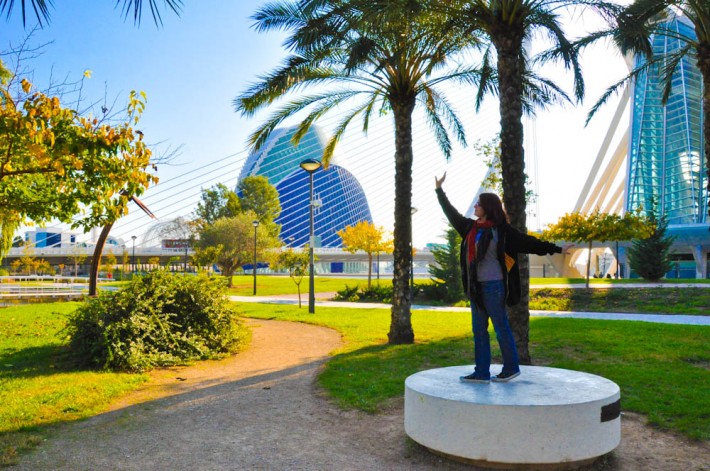 “City of Arts, Culture” and, we think, green!

To visit Valencia we stayed in a sea-side village 20Km away, Perellonet. That’s where we booked a room at a lovely couple’s home, via Airbnb. Having a car allowed us to visit places we probably wouldn’t have had the chance to check out otherwise, and that is pretty cool!

Valencia is a very pretty city. Horrible traffic (traffic lights every 200m!) and no parking (like many other cities in Spain). But apart from that, it is really well taken care of.

Apparently, back in the day, a river used to cross the city from one end to the other. Due to regular floods, the people of the city diverted the river. Now, the space that was once the river bank is occupied by a park that extends for about 14Km. You can go from one end of the city to the other pretty much by walking or cycling along this park. There are even municipal bikes available for rental all around but for those you need to have a city card. Alternatively, there are private rentals for about 2Euros/hour, just like the ones we’re using in this video:

This place makes you wonder! All of this space right in the middle of the city is obviously expensive, valuable area, that in many other cities would have been sold or let to businesses and developments. But not in Valencia! They preferred to keep it green and healthy for the citizens and that is something to be appreciated. 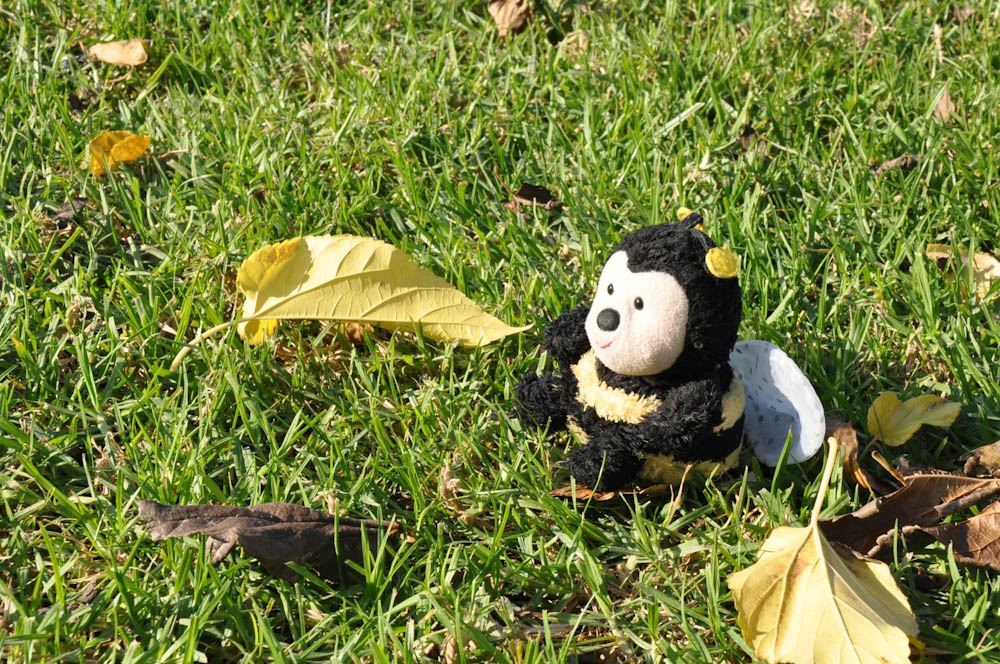 Shehedbee sun-bathing in the park

The other thing that stands out in Valencia is the “City of Arts and Culture” which is a futuristic looking complex that includes an IMAX cinema, a museum of science, an auditorium for different events and an aquarium. 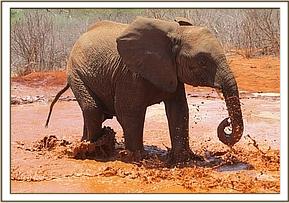 We visited the museum and the IMAX – and guess what? In the IMAX session we watched a documentary called “Born to be Wild” that featured The David Sheldrick Wildlife Trust. This is an Elephant Orphanage that we had visited last year in Kenya. It was quite moving to see in the big screen the same people we had met in Kenya, that do such great work to preserve the wild life.

In the meantime, Ashray gave me an amazing Christmas surprise by making me the foster parent of Mzima. He is an elephant that is being taken care of by the team at Sheldrick’s, until he is ready to go back into the wild by himself. If you would also like to foster or contribute to an elephant’s life, please visit this organization’s website: www.sheldrickwildlifetrust.org