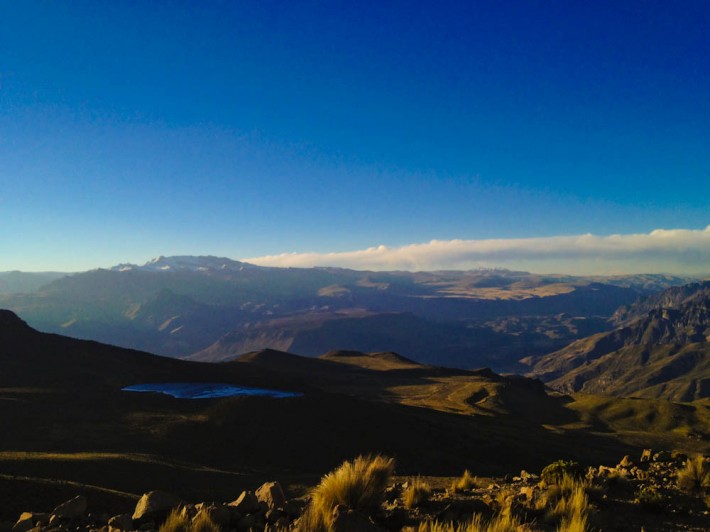 After a few days resting in pretty Arequipa, we went on a trip to the Colca Valley. This Valley has the biggest canyon in the world (double the depth of the famous Grand Canyon) and, to add to it’s charm, it’s populated with typically Andean villages spread in the high mountains. 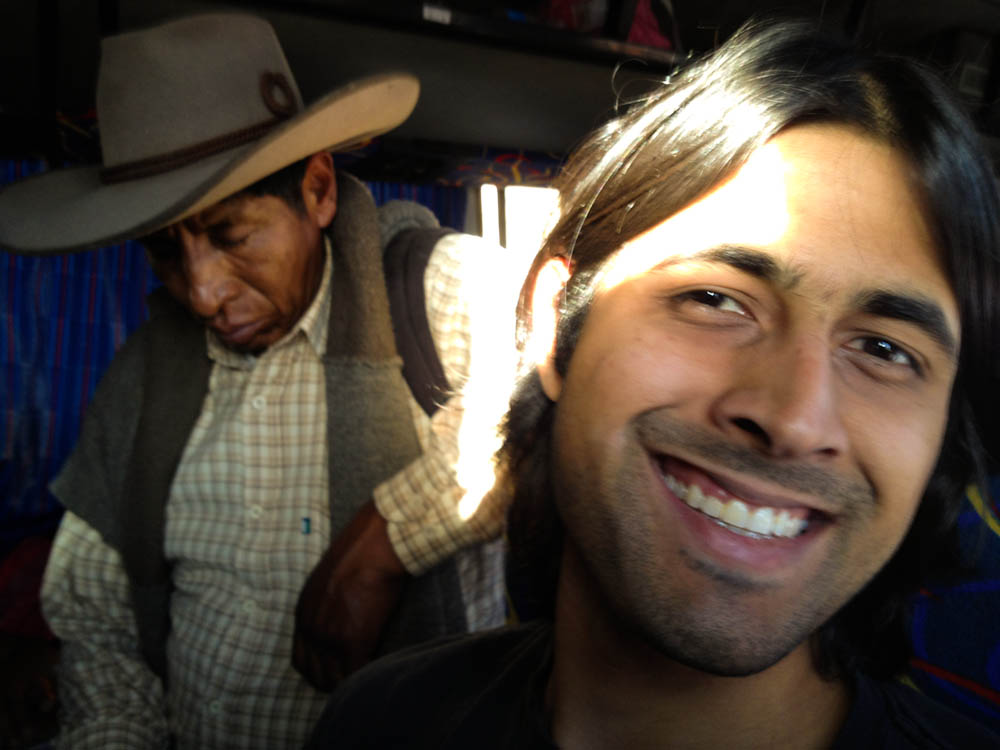 On the bus up the mountains

Like many tourists, we arrived in the town of Chivay. As quaint as this place looks, this is the biggest and most developed of settlements in the Colca. It was a dark night when we arrived and so we looked for a hostel to stay around the main town square. Hostal El Rey couldn’t be any less royal (Rey means king in Spanish!). A funny looking girl quoted a price for us and I decided (not even aware of the local rates) that it was too high, and so we walked away. We met her Mom outside and she quoted a better price, and even though I had seen the room that was not that inviting, I said “let’s go for it”. I am a sucker for good deals. But this, figures aside, was no good deal. 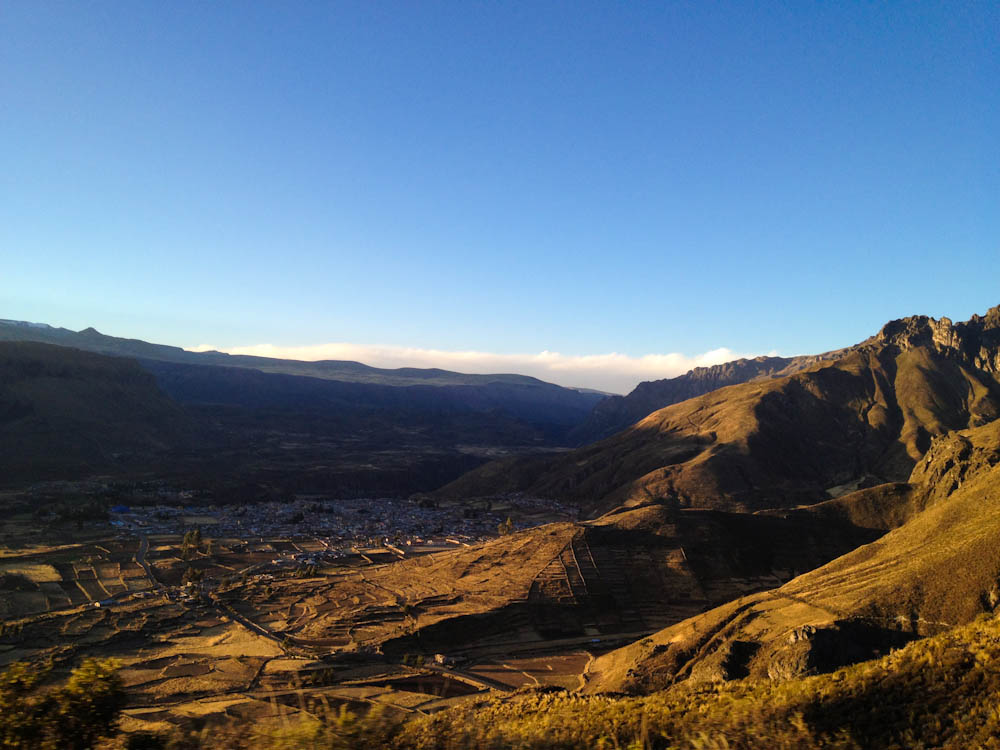 The town of Chivay

The room came with a TV with cable but, oddly enough, did not include towel or toilet paper! Where are these people’s priorities?! I managed to negotiate and include those in the price! Yeah, no one beats me at bargaining… I can even get free toilet paper!

We headed out of our freezing room in search of a warmer place to eat – only after we had already checked in and paid for 2 days, we realized that the bathroom window was broken. “OK, we’ll just close the bathroom door… Oh wait, the bathroom door’s top is also glass…. And it is also broken!” Oh well… off we go for some warm comforting dinner. I had alpaca meat for the first time, which was rather similar to beef steak. This alpaca didn’t have its wool, but it was meant to keep me warm for the rest of the night!… 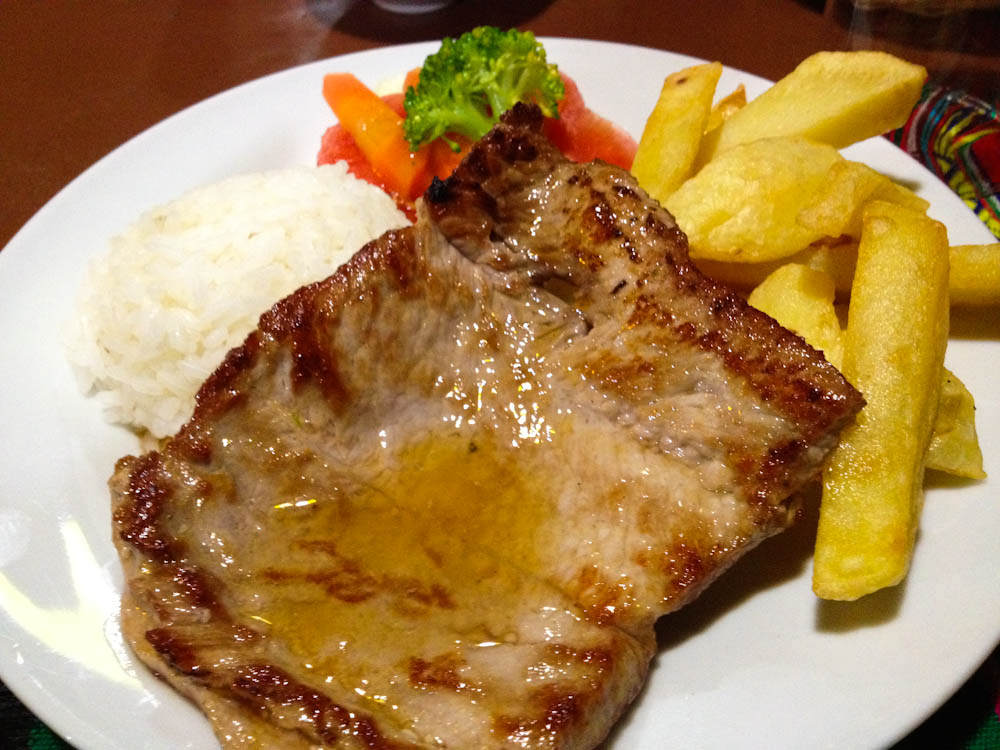 After a freezing night in bed (I slept with my snow cap on) we didn’t wake up in time to make it to Cruz del Condor, one of the stellar attractions of the Colca Valley. There, at early hours of the morning, you see the condors soaring together above the canyon. We gave up on this supposedly glorious view for now, and decided to hit the villages of the valley without a specific plan, just wandering around. 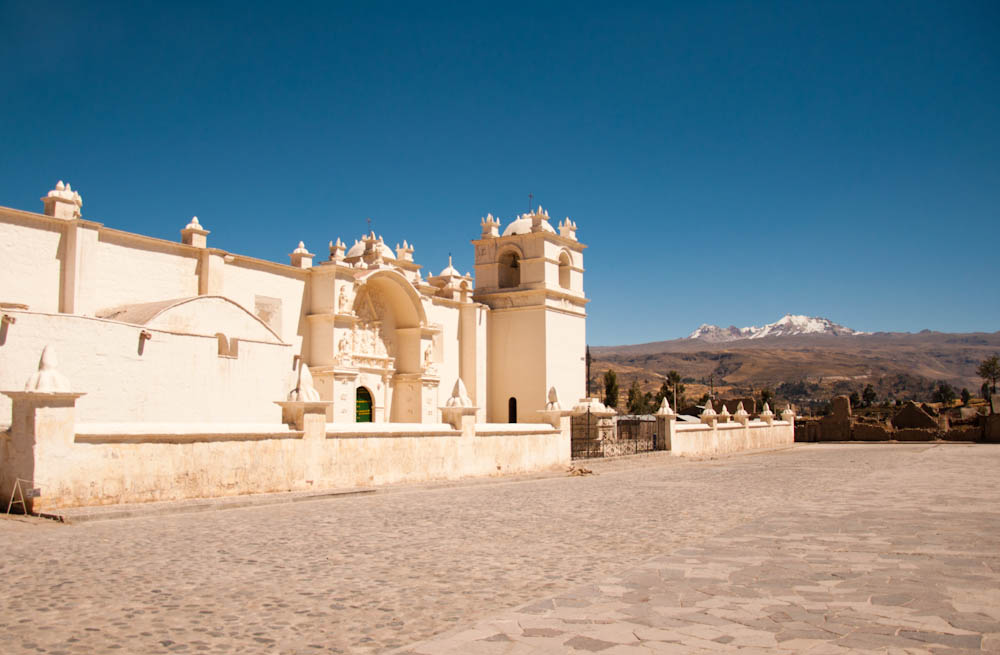 Typical village in the Colca Valley

In Yanque, we met an Abuelo who was sitting next to us waiting for the little vans that take you from place to place. He told us that “love is a natural thing” through the holes of his missing front teeth. I obviously agreed! “But kids in Arequipa these days have babies way too young! I was more responsible than that!” After a while chatting with Abuelo, I asked around and understood that the van to the next town was meant to be caught by the main road, not here in the town square. So off we go as Ashray photographed the green but pretty dry landscapes. 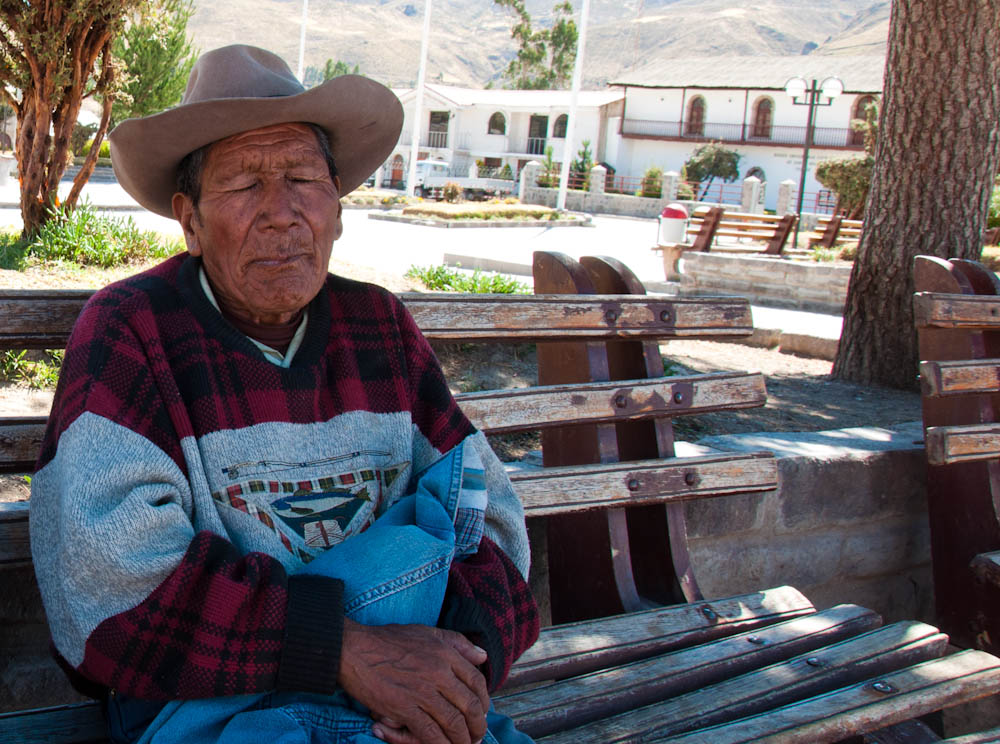 Abuelo asleep as soon as I finished talking: am I that boring?!?

When Ashray sat on the floor by the road side, I was busy making fun of the way he leaned down carefully with his bum sticking out. And so my punishment from above came, when I sat on top of a piece of cactus, that perforated my ass cheek! Like we say in Portugal, this was “castigo do Menino Jesus!”. Extracting that long motherf*cker from my tender bumsie hurt, quite a bit! After the careful extraction, Ashray proceeded to make fun and click photos! I have been carrying a small bottle of hand sanitizer for almost a year now and this was the first time I actually used it – for my ass! 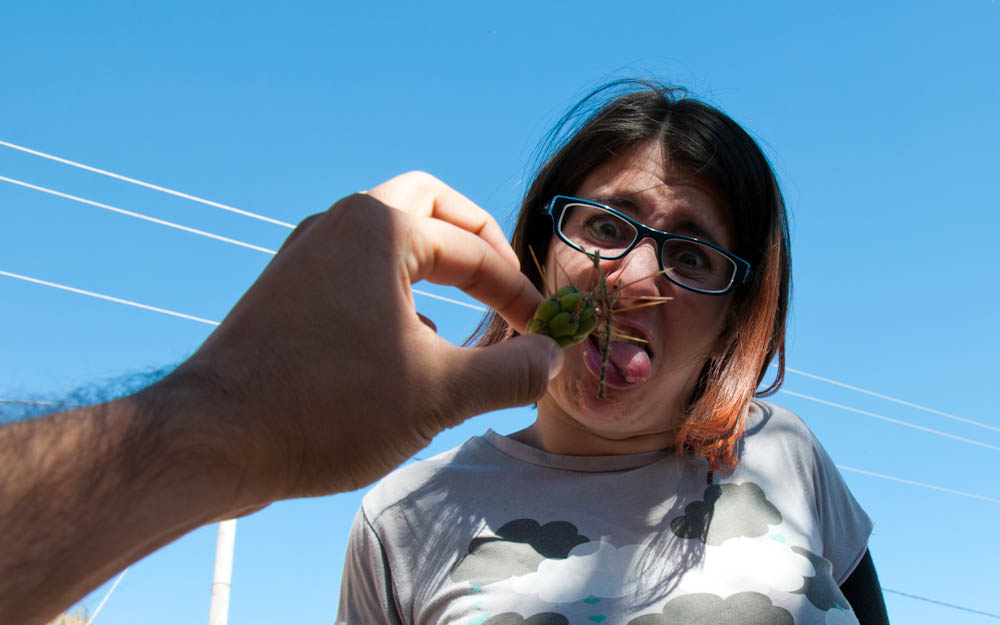 Finally, the colectivo van passed by and we entered it as if we were entering India: it’s amazing how they manage to fit in 25 people in the space for 12, plus grocery bags, sacks of potatoes, puffy greenery wrapped around in Andean blankets that double as carry-on bags… We were on the way to Maca. 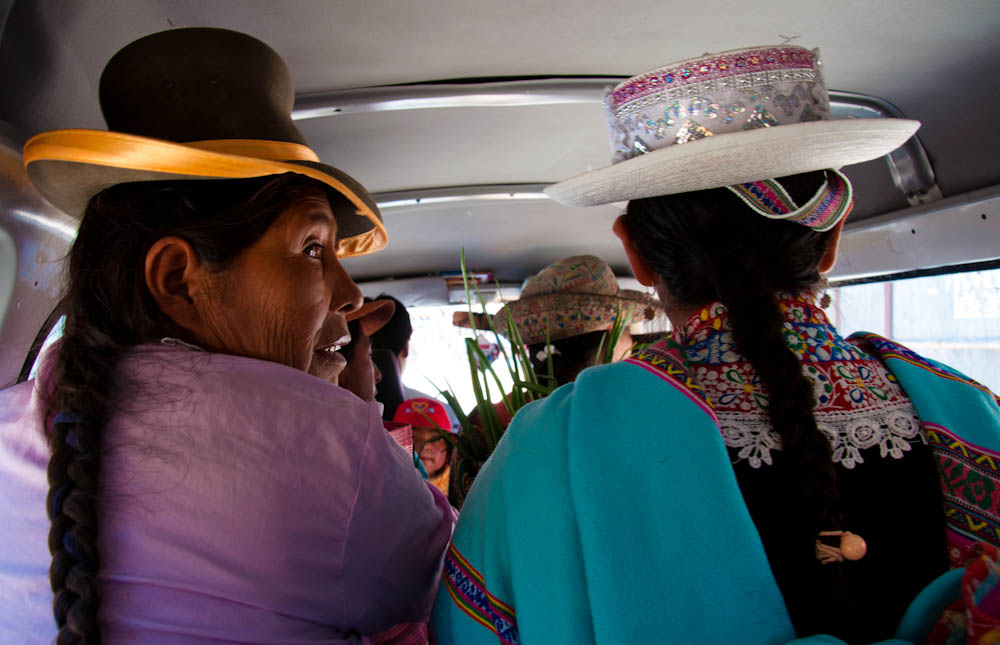 Turns out that Maca is a very small village and there was not even a restaurant or cafeteria in town. At a small grocery store in this deserted village, we bought bread, bananas, potato chips and some chocolate. We made a banana sandwich picnic by the church square, until another colectivo would pass by to take us back to Chivay, where our lovely Antarctic room awaited. We didn’t leave anything of value in the hostel (it had weird vibes all over the place!) that’s why we had our laptop and iPad on us. We decided to use them and, to our surprise, there was WIFI from the small municipality in the square, open and not so slow. We were able to update some stuff from there, as that would have been impossible in our yes-to-cable-TV-no-to-toilet-paper accommodation. 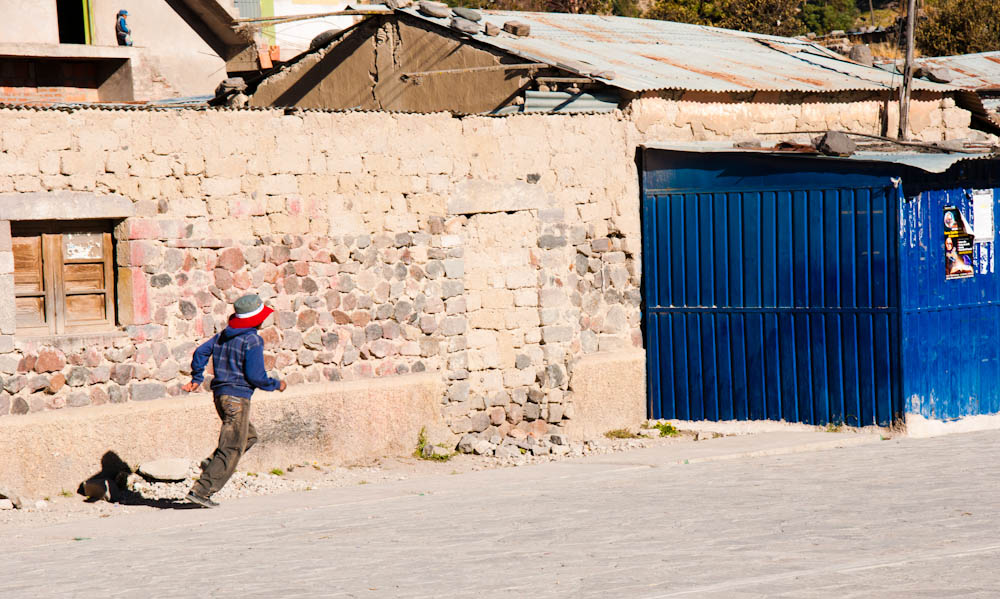 A kid running in Maca…

We took a return colectivo with only a lady and her 2 kids: her little baby insisted on trying to jump out of the window several times, but we all made it safe and sound, in spite of the story the lady was telling: just last week, a colectivo had tumbled off the cliff… Allow me to remind that this is the deepest canyon in the world… I don’t think the passengers must have made it out OK.

Back in Alojamiento El Rey, we had the weirdest end to our day. Under the blankets, we decided to watch the film One Flew Over The Cuckoo’s Nest

. I know, I know… not a wise choice of movie if the ambiance is already creepy all around. We actually enjoyed the movie a lot (although it does leave you with a bitter feeling at the end) but towards the end of it, around midnight, someone started ringing the bell downstairs. Loudly and repeatedly. This went on for more than half an hour and it was driving us crazy and the other guests started shouting “shut uuuup!”.

Only about 45 minutes later we could finally hear the weird girl, who lives in the same building, go down to open the door. She had a funny way way of sliding her feet on the floor in a slow (physically and mentally) way. We knew it was her. 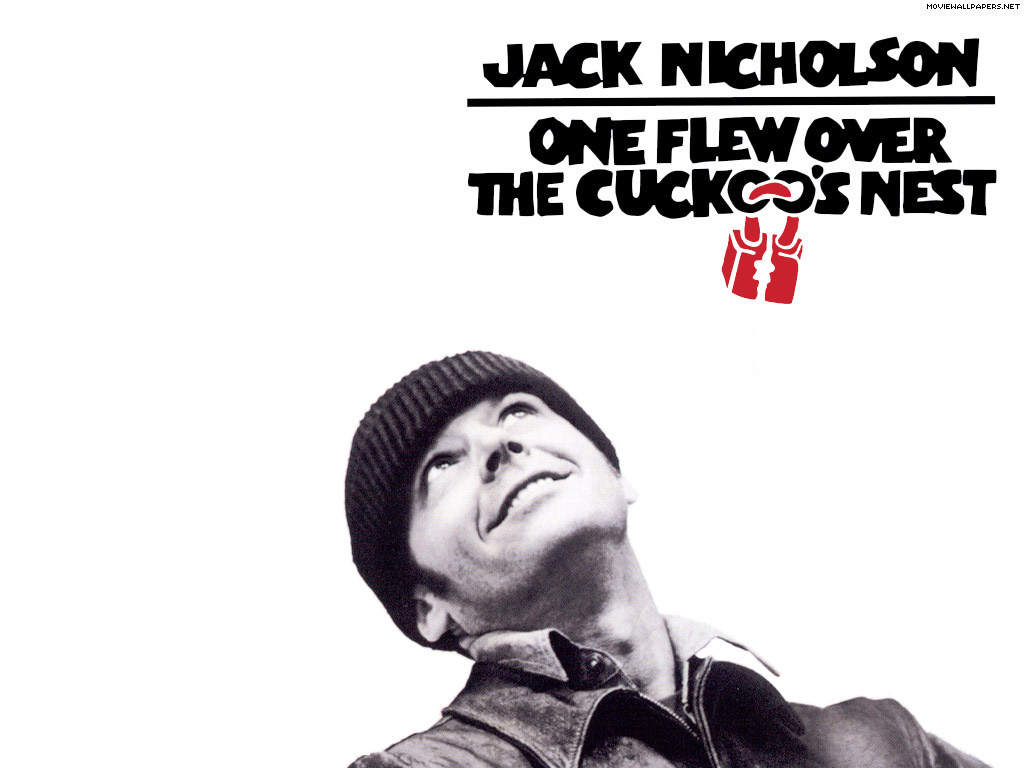 Thanks for keeping us company, Jack!

We went to sleep, thinking about Jack Nicholson’s unfortunate ending in the movie. This, was heaven compared to what he had to go through.